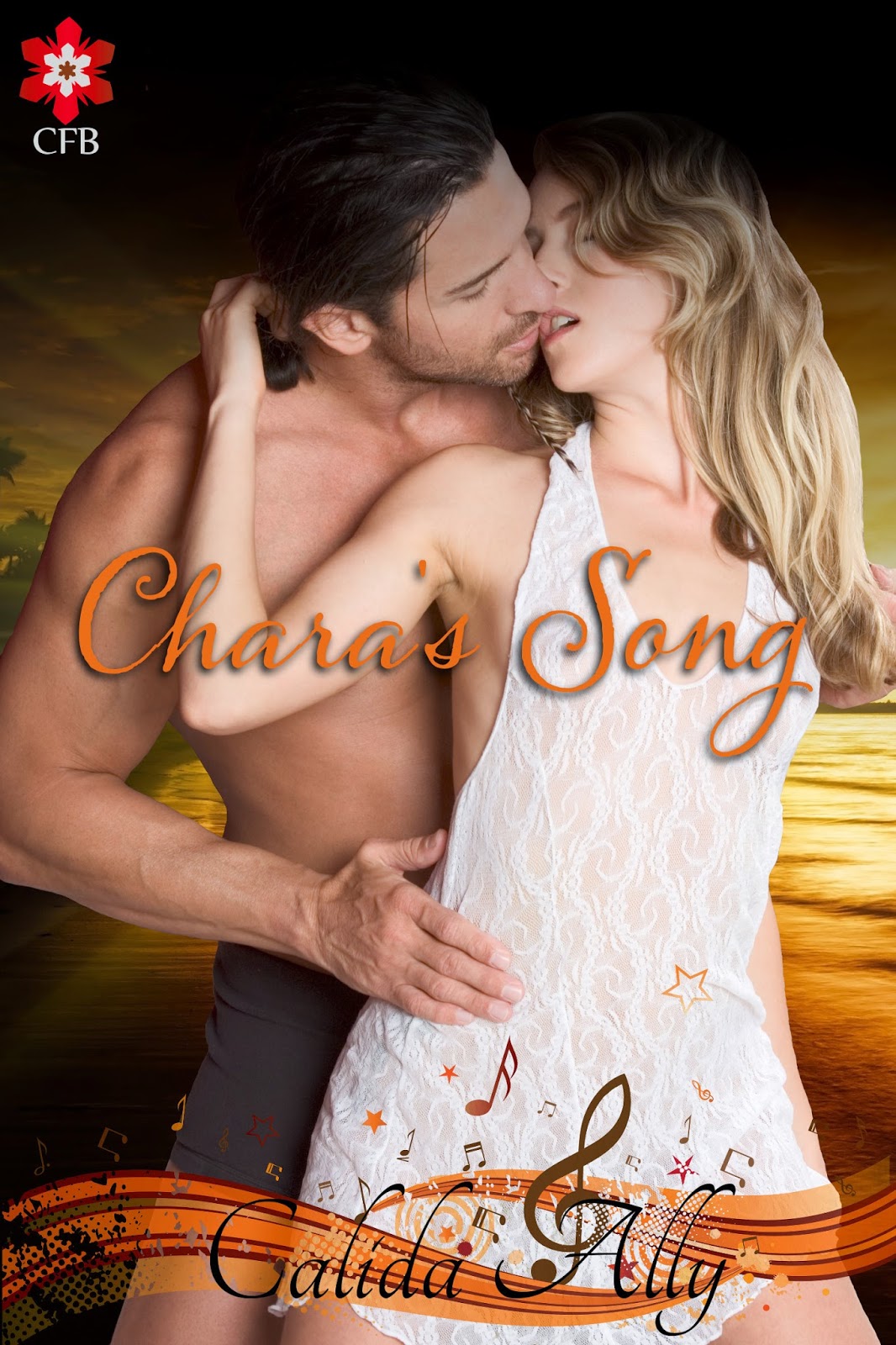 Journalist, Chara Bennett leads an ordinary life until one night she agrees to meet with Latin sexy singing sensation, Feliciano Guerrero. They are papped outside his hotel by photographers who appear to know Chara. Feliciano is convinced she set him up in order to gain fame and fortune from cashing in on a kiss and tell story.

Three years after Feliciano publicly humiliates her she finds herself being catapulted into his world again against her will. Chara is forced to stay with him in his villa and despite both of their resolve to stay out of each other’s way, the explosive sexual chemistry which sparks between them, keeps drawing them together like a powerful magnet…

“What the hell!” He rasped dumping her suitcase onto the tiled floor and stepping further into the room. Characouldn’t move. “How the hell did you get in here?” He thundered coming to stand in front of her, towering over her slight frame.

“I… I should be asking you the same question!” She stammered backing up against the bed post, horror shooting down her spine.

“This is my mother’s house, I have every right to be here, where as you…”

“Your… your mother?” She whispered aghast.

“Yes, now answer my question, what the hell are you doing here?” He was merely inches away, his eyes boring into her like lasers. Sexual awareness glinted in his eyes briefly before they became shuttered.

“I was invited by your mother to write her autobiography.”

“Her autobiography? How did you manage to manipulate that?” He demanded icily.

“I didn’t manipulate anything! It was your mother’s idea! If I had known for one minute she had any connection with you, I would have turned down the job!” She flung at him, standing her ground.

“I find that hard to believe, a mercenary…”

“Don’t you dare call me that again!” She hissed, clenching her fists tightly.

He raised a dark eyebrow. “Again?”

“I remember what you said in the article…”

“So you read the article did you? Did the truth sting?” He said with an icy bite to his tone.

“The truth Mr Guerrero is that I wouldn’t have anything to do with you even if you were the last man on earth!” She threw at him furiously.

“Good because you are leaving as of now!” He said taking her by the arm and practically dragging her out of the room.

“Let go of me!” She hissed trying to free herself from his steely grasp.

“Feliciano!” Lucia stood in the doorway. “What are you doing?” She asked sharply.

“Showing Miss Bennett the door.” He looked murderous but spoke with an icy calm.

“Chara is a guest in my house.” Lucia said.

After a pause he thrust her from him. “I can’t believe you allowed a viper like Miss Bennett…”

“Enough! Feliciano, leave us alone for a minute please.” She ordered.

Feliciano walked over to Lucia. “I’d like a word with you mother when you’ve done.” He said through gritted teeth before striding away.

“I’m sorry, I apologize for my sons behavior towards you. Feliciano can be very hot tempered at times, it’s probably the Latin blood in him I think. I couldn’t find Paco so when Feliciano turned up I asked him to bring your case up to you.” Lucia said coming into the room and closing the door.

“Do you know about me and…” Chara asked in a barely audible whisper.

Hi, I'm Calida Ally an author and lover of anything romantic. I have been writing for as long as I can remember. I can vividly recall even as a youngster, feeling the thrill and the sheer joy of staging my own creative works with siblings!

At the age of twelve, the first grown up book I read was a novel by Nora Roberts. I remember hiding in my sisters room and not putting that book down until I'd finished it. From that moment I knew I wanted to be a real writer. I wanted to create characters and stories whom readers not only fell in love with but cared about too.

I have been writing proffessionally from the age of sixteen. Some of my works were published by our local library in a bid to get local authors noticed.

The career choice which I followed was journalism and had to put writing aside for a while but not for long. No career gave me the satisfaction, enjoyment or the thrill which I got from writing. So I picked up my pen and began to write again.

Although I have written screenplays and dabbled in writing sit-coms, I have found that my true passion lies in writing romantic novels. There are days when I can't wait to get up and start writing! I love the buzz of accompanying my charaters on whatever journey they take me on. If my characters move me emotionally then I am happy with what I'm writing but if they don't, then I will tweak whatever I have to until I am affected by them emotionally.

After trying for several years to get published I got my first break from a wonderful publishing company called Crimson Frost Books. Thanks to them, I can now say my debut novel is called, Chara's Song.

I will always be grateful to them for believing in me and my writing but most of all for making my dream come true.

I am a firm believer in going after your dream until you realise it. Even when at times your goal seems so out of reach, never give up.
Author Links:   Site      Facebook      Twitter