These are the books this week that caught my eye:

The Heat is On by Elle Kennedy

The Slipstream Con by S.Reetha Herbert and Michelle Moore﻿
From Liquid Silver

﻿The Game of Love by Madison Scott
From Loose Id﻿

Owning Wednesday by Annabel Joseph
So go forth and shop!
Posted by Queen of the Night at 8:00 AM 1 comment: 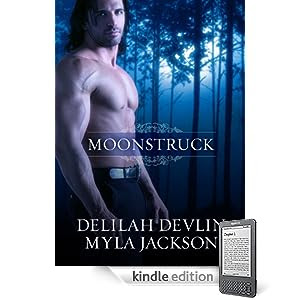 Heart of the Jaguar by Myla Jackson

When jaguar shifter Reme Denux stumbles into his ex-girlfriend's palm reading parlor in the French Quarter of New Orleans, he's fuzzy about how he got there. The last thing he remembered was a drink at a bar and having another man's dark, sensuous dream.


As soon as Reme enters her building, Sybille can sense the black magic haze hanging over the man she still loves. With the full moon on the rise, she has to do something to save him from a death-swapping hex or lose him forever. With the help of a voodoo priestess, Sybille and Reme weather the moon's supremacy and the soul-stealing storm, forging a bond of lust and love, neither has the strength to resist.

She's All That by Delilah Devlin

Librarian by day, Melanie Bradshaw, is driven to desperation by her torrid dreams. However, when she acts on her desires, things go horribly wrong and she witnesses the murder of an overly amorous lounge lizard. With the body disintegrating before her eyes, who's going to believe her?

When Detective Moses Brown gets the latest Full Moon case, he's hoping it's no more than another crazy looking for attention-until he meets the delectable Melanie Bradshaw. Melanie took a walk on the wild side straight into vampire territory. They know her and now she's not safe. Until he can find out why, he's going to stick to her like glue. If his own attraction gets between him and his good intentions, he'll just grit his teeth and do his best to ignore it.

But pretty little Melanie has designs on his body. How's a brother to resist?


This week only this ebook will be available for the low price of $.99
The link to purchase hasn't gone live yet but the book is up on the Amazon site.  Can't wait to read this and at such a bargain price, can you really pass it up?

Posted by Queen of the Night at 8:26 AM No comments: