Welcome to my stop on the Virtual Tour, presented by Goddess Fish Promotions, for the Wildflowers of Montana Series by Vanessa Vale.  Please leave a comment or question for Vanessa to let her know you stopped by.  You may enter her tour wide giveaway, where Vanessa will award a $50 Amazon/.BN GC to one (1) randomly chosen commenter, by filling out the Rafflecopter form below.  You may follow al of the stops on Vanessa’s tour by clicking on the banner above.  The more stops you visit, the better your chances of winning.

What would we find under your bed?

Very large dust bunnies. Those bunnies would be reading some of my older print books as that is where I store my swag, posters and other author paraphernalia.

What was the scariest moment of your life?

Besides the kids getting hurt and almost dying kind of scary, here's a funny one: I hate roller coasters. Hate them. Somehow I ended up on one, the newer kind where your feet dangle. My husband was beside me. As soon as it started going up that long, long, long incline, I panicked. I truly believe people can have a heart attack from fear. If there was an Emergency Stop button I would have pushed it. Needless to say I survived, but my husband told me he'd never seen that kind of look on my face before (and probably since).

Do you listen to music while writing? If so what?

No! I can't. I have too many things going on in my head as it is, adding music only distracts me. I compare it to a fly circling around my head and I want to swat at it because it annoys me.

How long did it take you to write this book?

I write a book a month, so I can say I'm a very, very fast typer! I have an awesome critique group who give me feedback, beta reads and most of all motivation. I also sprint. This means I sit down and just write (kind of like word vomit) for thirty minutes. I list my word count before and after. It's amazing how much you can write when pushed, especially if you have a little bit of a competitive streak and want to write. more words than your friend!

About the Wildflowers of Montana Series by Vanessa Vale 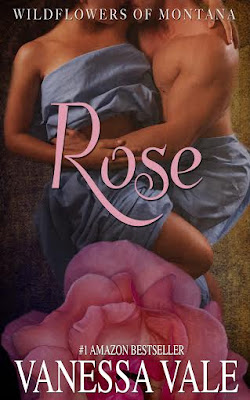 Rose Lenox has grown up to be more comfortable on the back of a horse than wearing ribbons and bows like her seven adopted sisters. For years working the land was enough, but lately Rose finds herself wishing for something different. She wants her own ranch and freedom from her overwhelming and unorthodox family. Rose is determined to strike out on her own and forge her own path.

Lenox neighbor, Chance Goodman, has watched Rose grow from a spitfire of a girl to a beautiful and fiery woman. For years he's waited patiently and watched her struggle to find her place in the world. When she leaves the Lenox ranch alone, determined to abandon her former life and to say good-bye to him, he knows the time has come to claim her. Letting her walk away isn't an option. Chance knows exactly what she needs...and he's going to give it to her. 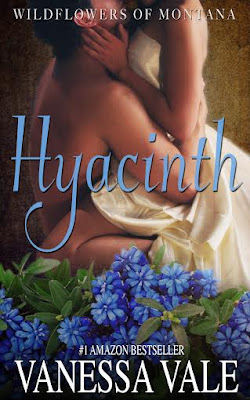 When handsome Jackson Reed comes home from the army, he catches the immediate attention of the seven Lenox daughters. But he only has eyes for one — beautiful Hyacinth Lenox. It's apparent that she notices him as well, so why is she doing everything she can to avoid him?

Hyacinth can't stop thinking about the sandy-haired newcomer, but while she longs for happiness with Jackson, she feels unworthy to marry him or anyone else. Guilt from a tragic childhood incident dogs her even into adulthood, leaving her to feel undeserving of Jackson's love.

But Jackson isn't a man so easily dissuaded. He's determined to rid Hyacinth of her pain and make her his wife. Can he heal her past hurt and awaken her to the carnal pleasures he wants just with her? He senses a great capacity for love and passion in this fair Lenox flower. Unlocking it will mean a battle of wills, but love is worth the fight.

Also Available in the Wildflowers of Montana Series by Vanessa Vale 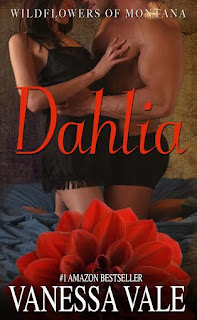 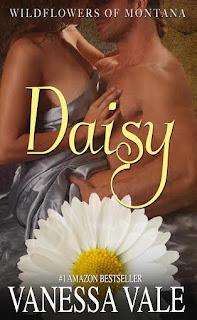 Coming Soon in the Wildflowers of Montana Series by Vanessa Vale 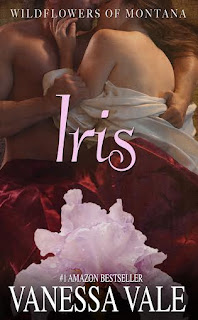 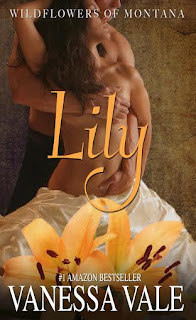 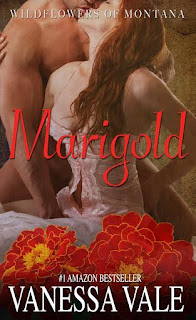 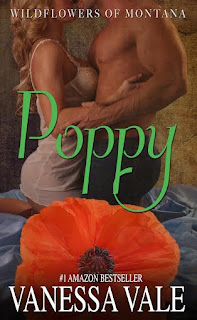 Who doesn't love the romance of the old West? Vanessa Vale takes the sensual appeal of rugged cowboys a step further with her bestselling books set in the Montana Territory. They are much more than just sexy historical westerns. By introducing sexual taboos into this otherwise traditional romantic setting, Vanessa has won the loyalty of a fan base that never knows quite what to expect with each new series.

And as a resident of Wild Wild West, Vanessa Vale finds plenty of inspiration for her work, for who doesn't love a handsome cowboy?

a Rafflecopter giveaway
Posted by Maria D. at 12:30 AM 32 comments: 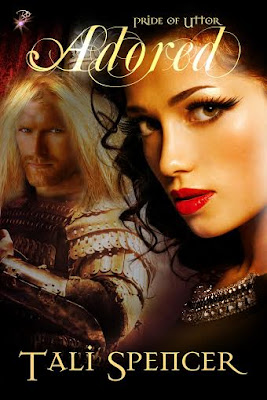 a Rafflecopter giveaway
Posted by Maria D. at 12:30 AM 12 comments: