Welcome to my stop on the Virtual Blog Tour for Inquisitor by R.J. Blain, presented by Reading Addiction Book Tours.  Please leave a comment or question for Ms. Blain to let her know you stopped by.  You can follow the rest of her tour here. My review will post later today.

People might like to look at me and think I’m a writer, but I was a reader first—and books are what inspired me to want to write books of my own. These are my favorite authors, and why I love them.

From concluding The Wheel of Time and having several other series, Brandon Sanderson is popular for a lot of reasons. My favorite book isn’t the usual fare, though, but Elantris. This book captured me from the first sentence and held me, breathless, all the way through.

Until I read Elantris, I wasn’t all that into standalone novels. But Sanderson’s work on this one is so great I decided it was totally cool to read (and write) standalones, and that they could be just as wonderful as a book in a series.
But seriously, this is such a unique take on fantasy that I really recommend it to anyone wanting something a little different. (P.S.: You may not even realize you’re reading about zombies.)

I confess, I’m not quite as hard core of a fan of her newer stuff as I am of her original books, but Mercedes Lackey was one of the authors who made me really, really love reading. My favorite books by her include the Obsidian Trilogy, By the Sword, and Take a Thief.

The Blue Sword and The Hero and the Crown are among two of my all-time favorite books. I love horses, and I love women who use weapons. And dragons. Let’s just say this was a match made in heaven. I’ve owned many copies of these books over the year, and I suspect I’ll own more copies of them as I wear out the bindings and spines yet again. And I confess—I didn’t know how much I loved the desert until I read these books. And my first time I actually got to go to a desert… it matched my expectations and more.

So these authors aren’t science fiction or fantasy, but thriller. It was a sad year for me. These two men are among my favorites, and both of them died so close to each other. I feel like there is a gaping hole where my thriller fixes should be.

In Vince Flynn’s Mitch Rapp series, Rapp is a relatable character, fun to read about and so very interesting. The books are exciting. There is a lot of interesting—and frighteningly feasible—events in these novels.

Tom Clancy’s Jack Ryan novels are the ones I love, especially The Hunt for Red October, Patriot Games, and The Cardinal of the Kremlin. Ryan, like Rapp, is such a relatable character.

Both of these series definitely hooked me on the thriller genre.

They’ll both be missed. 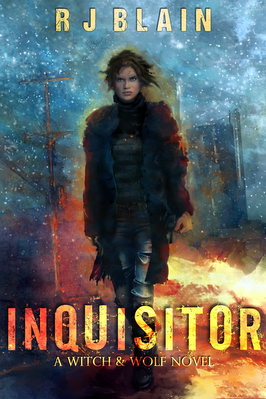 When Allison is asked to play Cinderella-turned-Fiancee at a Halloween ball, the last thing she expects is to be accused of murder. She has to find the killer and quick, or she'll be put to death for the crimes she didn't commit. To make matters worse, the victims are all werewolves.

On the short list of potential victims, Allison has to act fast, or the killer will have one more body to add to his little black book of corpses.

There's only one problem: One of the deaths has struck too close to home, and Allison's desire for self-preservation may very well transform into a quest for vengeance...

“I can’t believe you brought me to New York on today of all days.” I nodded my head at the park, but taking in the entirety of the city in a single gesture. Even in the relative peace of the park, I could hear the bustle, the honk of horns, and the noise of the restless cityscape. Atlanta wasn’t much different downtown, but at least it was home.

I wrinkled my nose. “Maybe a little. I still can’t believe you brought me here, though.”

“Anyway, you owe me,” he said before clucking his tongue.

I winced. He had me dead to rights, and I knew it. Mark gathered favors and cashed them in like currency. Resisting was futile. “Rub it in my face, why don’t you?”

“Of course I will. Another time. I’m enjoying myself way too much right now. You’re mine for three whole days, like it or not.”

I didn’t have the courage to tell him I meant it. It was bad enough it was Samhain. The full moon would reach its zenith after nightfall.  If I wasn’t careful, I was going to pop a tail for real. That’d surprise him. It’d also get me killed. I doubted the NYPD would appreciate a wolf running loose in the center of their city.

“Seriously, Mark. What’s so important that you had to fly me in from Atlanta? I do have a job, you know. I’d even like to keep it.”

“You’re owed three weeks, and at the rate you’re going, they’re probably getting ready to force you to take the time off. The way I see it, I’ve done you a favor.”

“Okay, fine. It’s my mom. I told her I had a girlfriend so she’d shut up about me getting married for a while. She wants to meet her. To meet you.”

I broke into a brisk walk, cutting across the grass towards one of the other paths through the park. With luck, he’d get grass stains on his pretty, blue business suit. “You brought me to New York to dress up as your girlfriend for Halloween?”

I guess it really was going to be a night for wearing masks and pretending to be the impossible.  If I had a mother, I’m sure she would’ve been proud. I didn’t cuss, scream, or pitch a fit. I did keep walking without checking if Mark kept pace with me.

“A Halloween party with your mother, Mark? Have you lost your mind? She’s never going to believe we’re a couple, for one. Two, you live in New York City. I live in Atlanta. You know, that place you flew me in from? She’s got no reason to believe us.”

“I might have told her that you are an old college friend, and we’d been seeing each other on and off since we got our degrees. It’s even true! Just not for the reasons she thinks. Come on, Allison. It’s only for one night. And you’ll save me from marrying a woman I’ve never met.”

I sighed. “Seriously? Did your mother have you betrothed or something? That’s so two hundred years ago. At least you had the decency to book me into a good hotel. How did you manage a room at the Plaza on such short notice?” Using my brown bangs as a shield, I stared at my friend. He was grinning wolfishly.

“Who said it was on short notice? I had our room booked six months ago.”

I tripped over my own feet. A startled cry worked its way out of my throat. Mark’s arm slapped against my chest as he caught me. With a low grunt, he hauled me upright.

My face burned. “Sorry.” I drew a deep breath. Killing Mark in Central Park wouldn’t work — not during the daytime. There’d be too many witnesses. “Our room?”

“We’re twenty five. We’re young, healthy adults. There’s no way my mom will believe we’re a couple if we don’t share a room,” he replied.

“You have a perfectly nice condo, Mark. I’ve seen it. Why not invite me there instead of booking us a room in one of New York’s more expensive hotels?”

“Wait until you see the room,” Mark said. Then he leered at me.

When that didn’t calm me down enough, I systematically considered all of Mark’s banking accounts I could probably hack my way into, calculating how much I could siphon off without him noticing. I wouldn’t do it, but the figure made me feel warm and fuzzy inside.

When I managed to quell my urge to throttle my friend, I opened my eyes and glared at him. “You got a honeymoon suite, didn’t you?”

“Do try to act surprised when I propose. At least you have an easy line. Don’t worry, we’ll call off the engagement in a month or two.”

“Give me a reason I shouldn’t kill you in your sleep tonight.”

“I’m too good looking to kill.”

“I pay you exceptionally well for your accounting skills.”

“You like me?” His voice wavered, and I had to work to smother my grin.

Mark’s Adam’s apple bobbed as he swallowed. “You wouldn’t really try to kill me, would you?”

I grabbed hold of his tie and yanked down so I could look him in the eye. A smile tugged at the corners of my mouth. “I wouldn’t bet your life on it, if I were you.”

The little color he did have fled from his face. I let him go and resumed walking across the park, whistling a merry tune. 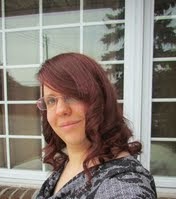 RJ Blain suffers from a Moleskine journal obsession, a pen fixation, and a terrible tendency to pun without warning.

When she isn't playing pretend, she likes to think she's a cartographer and a sumi-e painter. In reality, she herds cats and a husband. She also has a tendency to play MMOs and other computer games.

In her spare time, she daydreams about being a spy. Should that fail, her contingency plan involves tying her best of enemies to spinning wheels and quoting James Bond villains until she is satisfied.