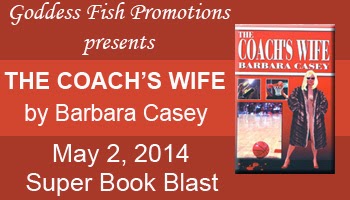 Welcome to my stop on the Super Book Blast for The Coach’s Wife by Barbara Casey, presented by Goddess Fish Promotions.  Please leave a comment or question for Ms. Casey to let her know you stopped by.  Ms. Casey will be awarding a $25 Amazon GC to a randomly drawn commenter during the tour, so please be sure to leave your email address with your comment.  You can follow the rest of the tour here, the more stops you visit, the better your odds of winning. 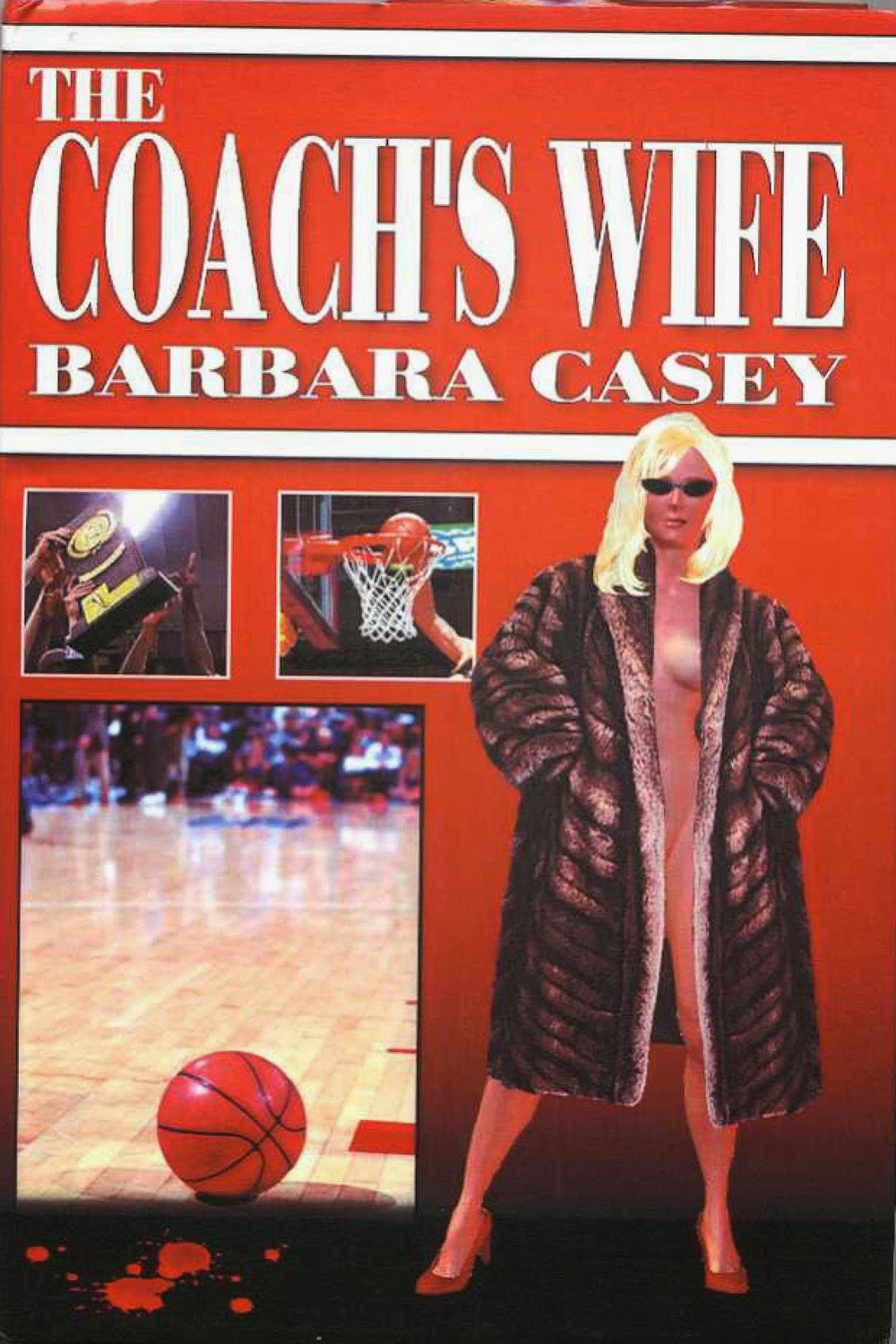 The Coach’s Wife
By Barbara Casey

Another deafening roar exploded from the coliseum, and when it did Marla threw down her partially smoked cigarette and ground it into the polished tile floor with the toe of her shoe. Quickly she reached for another cigarette from the opened pack in her small red handbag. She lit it, sucked the smoke into her mouth, held her breath, coughed, and then slowly released it. Marla didn't smoke, but when she paced up and down the hallways of basketball coliseums, puffing on cigarettes seemed appropriate. It gave her something to do with her hands, and it helped keep her sane.

Marla Connors, recently married to head basketball coach Neal Connors, travels with her husband to Albuquerque, New Mexico, where the Piedmont State University Coyote team is playing in the NCAA Finals. Marla has not been accepted by the Coyotes, that loyal bunch of fans who follows the university team, partly because she is almost twenty years younger than Coach Connors and a divorcée, but also because the fans are afraid she will distract her husband from his duties as head coach. They see her as someone who married Coach Connors just for his money. Only Gale, the older wife of assistant coach Stu Simmons, goes out of her way to be a friend to Marla.

The Coyote team is plagued with problems from the very beginning of the season, and when they finally manage to reach the NCAA Finals, it's even worse. Their center is caught using drugs, Athletics Director Charlie Morgan, who is also in Albuquerque for the games, makes a pass at Marla in her hotel room, and Coach Connors comes down with the flu. No one believes that State can win the big game.

With so much happening, Marla can't shake the feeling that something evil is taking over her life. She tries to convince herself that it is emotional anxiety left over from the abuse she experienced during her first marriage to Dr. Martin Andrews and that the stress from the tournament has brought it once again to the surface. She soon learns, however, that the evil is real and it threatens not only everything she loves, but her very life.

Illegal drugs, illicit affairs, murder, and scandal that shakes the entire university system are woven inextricably into Marla’s life until eventually she comes face to face with her real tormentor. It is only then that she realizes the full depth of her love for her husband--and his love for her.

Charlie Morgan threw the egg and the dish that it was in against the dining room wall, shattering both and staining the blue-flowered wallpaper.  He had just cracked open what was supposed to be a two-minute-thirty-second boiled egg, which his wife had deliberately cooked for four minutes.  "You'll get salmonella poisoning eating raw eggs," she reminded him.  He didn't want raw eggs.  He did want them runny, however.  And a four-minute boiled egg was definitely not runny.  As always, it had put him in a bad temper when he bashed the end of the eggshell with the back of his spoon expecting it to ooze yellow yolk and instead finding it solidified.  However, his temper went completely out of control when he opened the paper and read the headlines.

The lead story on the front page described in great detail the killing that had taken place in the Connors' home the day before.  There were also the black and white photographs showing in rather graphic detail a cloth-draped body and several dark areas on the Connors' kitchen floor, presumably blood.

The story explained how Gale Simmons, wife of assistant coach Stuart Simmons, had been visiting the wife of Piedmont State head basketball coach Neal Connors, when an intruder entered the home and attacked Mrs. Simmons.  "The intruder was dead when the police arrived, apparently stabbed to death by Mrs. Simmons with a nine-inch bread knife.  Coach Connors was out of town on a recruiting trip when the incident occurred, but arrived home a short time later.  The person killed was identified as Dr. Martin Andrews, the former husband of Marla Connors," the story said.

"Dr. Martin Andrews was a prominent physician from Red Oak, North Carolina, a small rural town located fifty miles west of Raleigh.  He had practiced medicine in Red Oak up until two years ago.  He gave up his practice at that time, but continued living in the area."  Then there were the usual quotes from people who had known him.  Colleagues, former patients, neighbors.  All of them expressed shock and disbelief.

Morgan tried to keep his hands from shaking.  His body was hot and clammy and he felt short of breath.  He had difficulty focusing his eyes as he read the story for a second time.  He doubted very seriously if Gale Simmons killed Martin.  After all, wasn't she supposed to be sick with cancer?  No, it must have been Marla.  She had the fire, as he had found out in Albuquerque.  But even if she hadn't done it, he sure as hell could spread enough doubt around where it would make people believe she had. 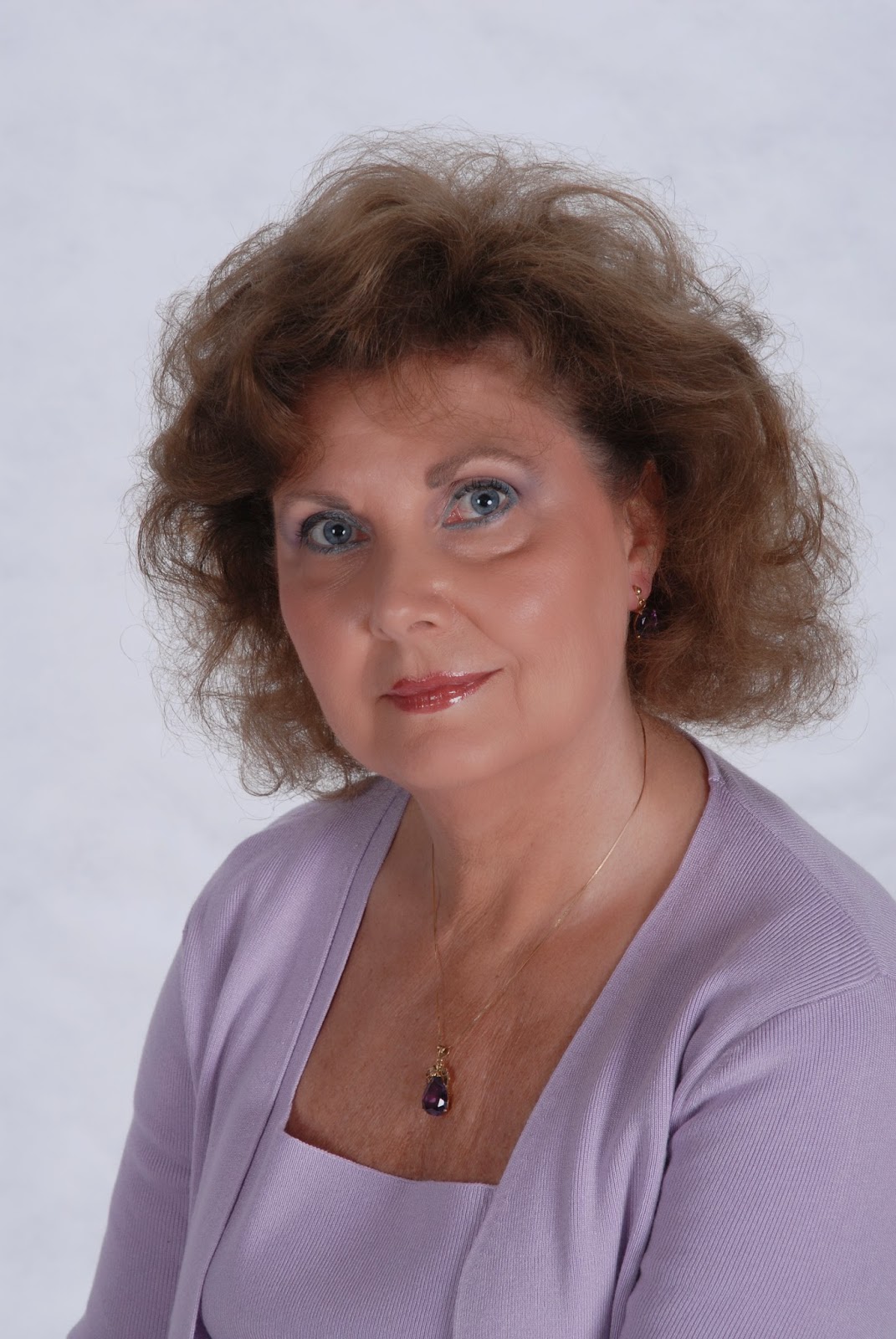 Originally from Carrollton, Illinois, author/agent Barbara Casey attended the University of North Carolina, N.C. State University, and N.C. Wesleyan College where she received a BA degree, summa cum laude, with a double major in English and history.  In 1978 she left her position as Director of Public Relations and Vice President of Development at North Carolina Wesleyan College to write full time and develop her own manuscript evaluation and editorial service.  In 1995 she established the Barbara Casey Agency and since that time has represented authors from the United States, Great Britain, and Japan.
Ms. Casey's two middle-grade/young adult novels, Leilani Zan and Grandma Jock and Christabelle (James C. Winston Publishing Co., Trade Division) were both nominated for awards of excellence by the SCBWI Golden Kite Award, the National Association of University Women Literary Award and the Sir Walter Raleigh Literary Award.  Shyla's Initiative (Crossquarter Publishing Group), a contemporary adult novel (occult romance/mystery), received the Independent Publisher Book Award and also an award of special literary recognition by the Palm Beach County Cultural Council.  The House of Kane (ArcheBooks Publishing) was considered for a Pulitzer nomination.  Another contemporary novel for adults, Just Like Family, received “Special Recognition from the 7-Eleven Corporation.”  Most recently, her young adult novel, The Cadence of Gypsies, was reviewed by the Smithsonian for its List of Most Notable Books. The Gospel According to Prissy, a novel for adults, has received excellent reviews and received an IPPY Award for Best

Her award-winning articles, short stories, and poetry for adults have appeared in both national and international publications including the North Carolina Christian Advocate Magazine, The New East Magazine, the Raleigh (N.C.) News and Observer, the Rocky Mount (N.C.) Sunday Telegram, Dog Fancy, ByLine, The Christian Record, Skirt! Magazine, and True Story.  A thirty-minute television special which Ms. Casey wrote and coordinated was broadcast on WRAL, Channel 5, in Raleigh, North Carolina.  She also received special recognition for her editorial work on the English translations of Albanian children’s stories.
Ms. Casey's award-winning science fiction short stories for adults are featured in The Cosmic Unicorn and CrossTime science fiction anthologies.  Ms. Casey's essays and other works appear in The Chrysalis Reader, the international literary journal of the Swedenborg Foundation, 221 One-Minute Monologues from Literature (Smith and Kraus Publishers), and A Cup of Comfort (Adams Media Corporation).
Ms. Casey is a former director of BookFest of the Palm Beaches, Florida, where she served as guest author and panelist.  She has served as judge for the Pathfinder Literary Awards in Palm Beach and Martin Counties, Florida, and was the Florida Regional Advisor for the Society of Children's Book Writers and Illustrators from 1991 through 2003.  She is a frequent guest lecturer at universities and writers’ conferences around the country including the SCBWI Regional Conference, the Harriett Austin Writers Conference in Athens, SIBA (Southeastern Independent Book Sellers Association), Florida Writers Association, and the University of Auburn, Montgomery.  She makes her home on the top of a mountain near Trion, Georgia, with her husband and Benton, a hound-mix who adopted her.

Don't forget to leave a comment or question for Ms. Casey to let her know you stopped by.  Ms. Casey will be awarding a $25 Amazon GC to a randomly drawn commenter during the tour, so please be sure to leave your email address with your comment.  You can follow the rest of the tour here, the more stops you visit, the better your odds of winning.
Posted by Maria D. at 1:00 AM