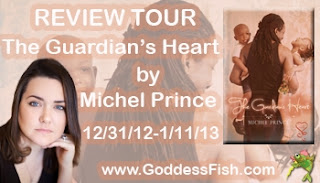 Welcome to my stop on Michel Prince's Review Tour for The Guardian's Heart.  Please leave a comment or question below to let Michel know you stopped by.  Your comment will also enter you in Michel's Giveaway- she will be awarding a heart necklace to a randomly drawn commenter during the tour.  You can follow all of her tour stops here, the more often you comment, the better your odds of winning. 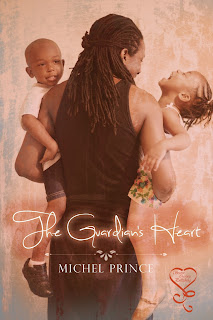 The Guardian's Heart
by Michel Prince

Case Thomas is always in control whether its on the basketball court, the lab where he works, or in his love life. He thinks he has everything all figured out. All that changes when his parents pass away during his last year of college and Case is thrown into fatherhood when he becomes temporary guardian to two adorable twin toddlers. Weeks later, exhausted and running out of time, Case must decide if he's ready to become a father to these children, or give them up and move on with what's left of his life. Then he meets Gabbie Vaulst.

Gabbie is amazing with the kids, owns her own business, and has all the right curves in all the right places. She can tell Case is attracted to her, but does he really love her or is he just settling for a surrogate Mom who can wrangle his new kids? Knowing that she's falling in love with him, she chooses to push him away until his world straightens out. Can Case prove to Gabbie, and himself, that his feelings are real? Or is this sudden family too much for both of them to handle?

The odds, as well as members of their past who've come out of the woodwork, are against them, but when kids are involved, all bets are off.


Case rushed through the doors of the daycare center as if on a mission. Gabbie was talking to Mandy and a few of the mothers were picking up their children in the lobby when he took Gabbie’s face into his hands and kissed with a passion that shook her to her knees.


As his velvet tongue was delving into her yearning mouth, she lost all thoughts of decorum. All those near misses, all those fantasies she’d been having held no weight against the feel of his lips on hers. His fingers tangled in her hair that she had left down and just when she thought she was going to explode, he separated their lips, but still held her close.


“There will never be a perfect moment to kiss you. I have two kids now that will destroy any romance I try to bring into your life. But I will bring it as often as I can because you’re the first thing ever that instantly felt right. And it isn’t for the last few weeks. It’s for the last few years. If I’d met you a year ago I would have felt the same way I do right now. I want you. I hope you can handle me and all issues I have right now because I’ll give up a lot, but I won’t give up you.”


“Marry him. Marry him now,” Mandy ordered and Gabbie slapped her away but kept her eyes locked on Case’s. 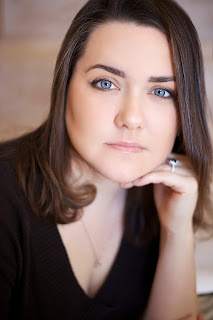 Michel Prince is an author who graduated with a bachelor degree in History and Political Science. Michel writes young adult and adult paranormal romance as well as contemporary romance.

With characters yelling "It's my turn damn it!!!" She tries to explain to them that alas, she can only type a hundred and twenty words a minute and they will have wait their turn. She knows eventually they find their way out of her head and to her fingertips and she looks forward to sharing them with you.

When Michel can suppress the voices in her head she can be found at a scouting event or cheering for her son in a variety of sports. She would like to thank her family for always being in her corner and especially her husband for supporting her every dream and never letting her give up.

Michel is a member of RWA Pro and Midwest Fiction Writers. She lives in the Twin Cities with her husband, son, cat and new puppy.

Capturing the essence of what makes a family, Michel Prince's The Guardian's Heart is an amazing tale of love between a young man, who has suddenly become the parent of his twin toddler siblings, and a young woman, who happens to work at a daycare center.  Well developed primary and secondary characters, lively dialogue and just the right touch of angst, make this a story that's hard to put down.  By adding in a touch of legal melodrama, Ms. Prince made it even easier to connect with the characters.

When college senior Case Thomas's parents are killed in an automobile accident, he becomes a temporary guardian to Charlie and Claire, his twin toddler siblings.  Unaccustomed to taking care of children, Case has his hands full with the twins and having to decide if he wants to remain their guardian, become their legal parent or give up custody to a stranger.  Meeting the woman destined to become the love of his life only takes place because of a diaper run.  Asking her to take both him and the two kids on is a daunting challenge.

Gabriel "Gabbie" Vaulst had no idea a shopping trip to the local pharmacy would lead her to the loves of her life and the family she's always dreamed of having.  Part owner of a Montessori Day Care, she finds herself attracted to Case, a single parent to two darling twin children.  Helping him out is just the friendly thing to do, falling in love with him and becoming the mother of two toddler twins wasn't how she had planned to start a family.  It's also all she wants to do.

Ms. Prince did a great job with Case and Gabbie's characters; they are both mature young adults who not only know the right thing to do - they're actually willing to do it.  They both know they are not the center of the universe and don't mind helping out others either.  The twin toddlers, Charlie and Claire are two very precocious children and are prominent secondary characters.  They love their brother, miss their parents, and fall in love with Gabbie as she helps them become more of a family.  They accept Case and Gabbie as their new parents and are truly a joy.

Gabbie's friends/business partners are good secondary characters and I would love to see them each get their own story (Mandy needs her own love story).  The villain of this story, Case's distant aunt Gwen, provides tension, legal issues and gets what she deserves in the end.  I disliked her from the moment she's introduced in the story.

My Rating:  5 out of 5 Stars and A Recommended Read

Don't forget to leave a comment below to enter Michel's Giveaway- she will be awarding a heart necklace to a randomly drawn commenter during the tour.  You can follow all of her tour stops here, the more often you comment, the better your odds of winning.
Posted by Maria D. at 1:00 AM