Jesse Frost lived the life most men would have killed for. Fast bikes, fame, money and looks—from the outside looking in he had all, but the combination nearly broke him. He hadn’t thought
much about any of those things throughout his career, he was just an easy-going guy from a speck of a town in Texas that had always worked hard for everything he had gotten in life. He’d been the shy guy in school, so when the prom queen found him years later, he thought he had finally made it, winning her affection was the crown jewel. Her mirage however, left him empty and certain there was no one that wanted him just for the man inside.


Emery Kincaid has a last name that is revered in their world. A woman in a man’s world and succeeding, Irish through and through, she has the temper and sass to boot and a reputation that precedes her. She has remained strong because she’s had no other choice. The pain she masks runs deep and hiding it is the only way she can survive.


Thrown together because of circumstance and forced to be in each other’s space day in and day out, sparks start to fly—from chemistry and the brakes she tries desperately to throw on. Without a doubt in his mind, Jesse thinks he’s found her, but the girl that stole his heart has a stubborn streak a country mile wide.


In reality, what Jesse doesn’t know could break his heart. Hiding her true feelings for him is the only way for Emery to protect him and in turn—herself because her secret, her pain is just too big. She barely made it out the first time, if she let Jesse in, only to have him walk away…well, that’s a risk her heart can’t take.

Smooth, emotional and full of love, Jesse's Soul, the second book in the Racing to Love series by Amy Gregory, gives us the story of Jesse, a bike racer dealing with a broken heart, and Emery, a woman with a secret  succeeding in a man's world.  Well developed characters, good dialogue and plenty of emotional angst, make this second chance love story a captivating read.

Recovering from an emotional hit from a former high school crush, motocross racing star Jesse Frost has sworn off women and is determined to win first place.  When circumstances force his regular mechanic to quit and go home, Jesse fears his season is destined for failure.  Reluctantly trusting his manager, Reid Kincaid, a legend in the business, Jesse finds himself agreeing to take on new mechanic.  He never imagined it would be Reid's daughter, or that he'd fall for her at first sight.

Trained to be a mechanic from childhood, Emery Kincaid is determined to make a name for herself in a man's world.  Sassy, fast tempered and with the reputation that she doesn't suffer fools, Emery hides a secret and puts on show of being independent and strong.  Only her blood relatives know the pain she hides on a daily basis.  Trusting a man with her heart would be a mistake, she just doesn't think Jesse will give her a chance to say no.

The scenes between Jesse and Emery are fantastic! Their verbal and emotional chemistry is off the charts.    While both are leery of being hurt, Jesse knows Emery is "the one" from the start.  Convincing her to give him a chance will be his greatest challenge.  Ms. Gregory did a great job developing both Jesse and Emery's characters; it was easy to like them apart as individuals and together as a couple.  As the story moves along, we get glimpses into their past and it's easy to understand why trust is such an issue for both.  I really enjoyed watching as they learned to give each other a chance.

The secondary characters in this story are characters who've been introduced before in Carter's Treasure, the first book in the Racing to Love series.  It was really nice to connect with Reid, Molly and Carter, Eli and Brody.  Molly was not only Jesse's friend from the past, she becomes Emery's friend when she needs one the most.  Watching these two women bond as they make a life for themselves in man's world was great.

While a part of a series, this book can be read on it's own.  I really enjoyed reading Jesse's Soul and I'm looking forward to reading more of Ms. Gregory's work. 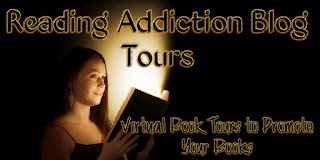