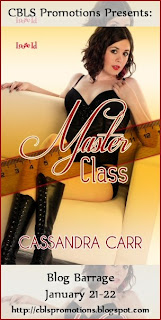 Welcome to my stop on Cassandra Carr's Blog Barrage for Master Class.  Please make sure to leave a comment or question below for Cassandra to let her know you stopped by.  You can fill out the Rafflecopter form below to enter her tour wide giveaway (open Internationally but you must be 18 to participate).  You can follow her tour stops here.  My review will post later this afternoon. 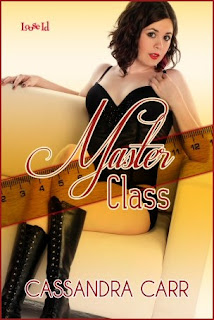 Ryan and Lisette explore each other and the lifestyle, but what started out as playtime quickly evolves into something more. The problem? Ryan isn’t ready to get serious again and Lisette doesn’t want to fall in love with a guy who can’t give all of himself to her. Both of them are going to have to break out of the bonds holding them back from happiness.

Lisette squirmed under his scrutiny. For a self-confessed novice Dom, he had the look down, that was for damn sure. “Can I say one thing not related to our current discussion, sir?”

Both eyebrows rose. “Of course.”

“You’re really good at that whole ‘staring a sub down’ thing.”

Ryan threw back his head and laughed. “I’m a professor. That’s the same look I use with wayward students.”

He grinned, and Lisette was sure she was going to leave a wet spot on her harem pants if he kept that up. Woo boy.

What would it be like to be bent over his knee right in his classroom as he applied his large hand or a ruler to her bared ass? Would he do it in front of the rest of the students? Would he make her stand in the corner with her spanked ass on display afterward? Her pussy flooded, and she shifted.

His tone snapped her back to reality. “I apologize, sir.”

“We might have to work on that tendency to let your attention wander.”

“I asked you what you needed from tonight. I don’t like repeating myself.”

“And how hard do you like to be spanked? I’m sorry if I’m asking a lot of questions, but as I said, I’m new to this, and I don’t want to hurt you.”

Risking censure, she reached up to touch his arm before pulling away. “It’s fine. I’d rather you asked the questions than muddled along, feeling uncomfortable. As far as how hard?” She shrugged. “You can spank me to tears. Like I said, I do like some pain.” She chewed the inside of her cheek, trying to decide if she wanted to admit what she was thinking. Deciding it was better to be honest with Ryan, she asked, “Would you like me to tell you what I was thinking about a little while ago when my attention wandered, sir?”

He reached up and brushed a strand of hair away from her face. “Sure.”

The words came out in a rush. “I was imagining being in your class, and you calling me out of my chair. You make me come to the front of the class and get over your knee. You bare my ass, even though there are other students there, and then pick up a ruler and start to spank me.” 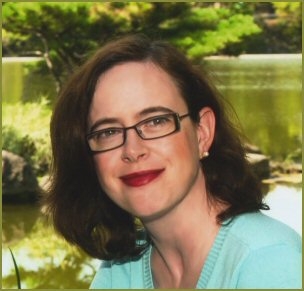