Virtual Tour for Getting Lucky by Stacy Finz, Relapse in Paradise by Roxanne Smith and Twelve Nights by Sharon Struth 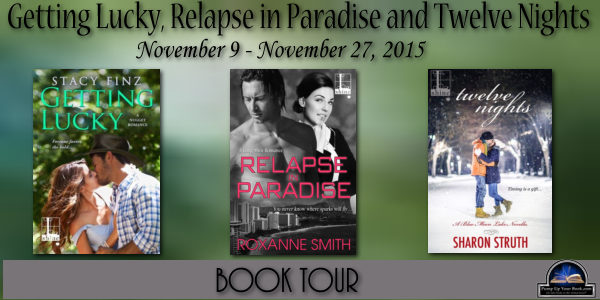 Welcome to my stop on the Virtual Tour, presented by Pump Up Your Book, for Getting Lucky by Stacy Finz, Relapse in Paradise by Roxanne Smith, and Twelve Nights by Sharon Struth.  Please leave a comment or question for the authors to let them know you stopped by. 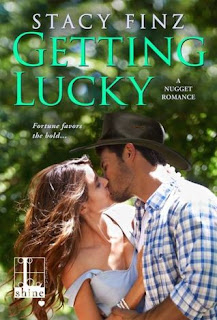 In Nugget, California, a tiny town tucked into the Sierra Nevada mountains, luck is what you make it, and love is never far behind...

From his humble beginnings in Nugget, Lucky Rodriguez has become a champion on the rodeo circuit, truly living up to his name in every regard. But when he returns home, he gets something success can't buy: a daughter he never knew he had. And the girl's mother, an old friend he has hasn't thought about since, now touches his heart like no buckle bunny ever could.

Tawny Wade hasn't always had luck on her side. She fell for a boy she couldn't have, lost her parents too young, and now her daughter needs a transplant she can't provide. But if Lucky is a stem cell match, all that could change. The trouble is, Lucky's got a past in Nugget that makes him off-limits as anything more than a donor for her daughter. And yet, Tawny's never stopped loving the man who now holds her family's fate in his cowboy-callused hands...


ORDER INFORMATION
Getting Lucky is available for order at 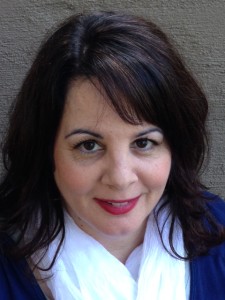 Stacy Finz is an award-winning journalist. After more than seventeen years covering notorious serial killers, naked-tractor-driving farmers, fanatical foodies, aging rock stars and weird Western towns for the San Francisco Chronicle, she figured she finally had enough material to launch a career writingfiction. In 2012 she won the Daphne du Maurier Award for unpublished single-title mystery/suspense. She lives in Berkeley, California with her husband. 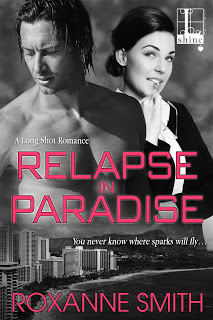 She likes Hawaii, but she just might love Boston…

Still stinging from her recent divorce, Emily Buzzly heads to majestic Hawaii to soothe her wounds. But once she arrives on Oahu, Emily discovers that a man she assumes is a beach bum is in fact her personal tour guide, hired by her sister. With his long hair and tattoos, Boston Rondibett is everything Emily detests—despite his sun-kissed surfer body. And with her straight-laced, executive persona, Emily is everything Boston rebels against. But both have a lot to learn about making snap judgments…

As it turns out, Boston’s real job, the one he truly cares about, is running his soup kitchen and homeless shelter. Embarrassed by her assumptions, rather than lazy beach days, Emily soon finds herself feeding the hungry, and even involved in the search for an AWOL soldier. And to Boston’s surprise, she’s loving every minute of it—and he’s loving seeing her loosen her chignon and be the admirable, beautiful woman she is. As each works through the challenges of the past, these two very different people just might find their hearts are on the very same page…

ORDER INFORMATION
Relapse in Paradise is available for order at

Men Like This, is my debut novel, the first story in a series of three I’ve decided to call Long Shot Romance–long odds and stubborn hearts make love a thing to fight for. I’ve always loved characters who surprise me and make me laugh, with just a tad of the dramatic tossed in, and I hope that’s something I’ve been able to do for my readers. So much of what inspires me comes from the unexpected; the fork in the road you might trip over. Life takes funny turns and there’s not much you can do but hang on.

Most of us pick up a pen with the understanding that the odds are against us. It’s a dream. I decided in my early twenties to take writing seriously and try. With trying came falling flat on my face more times than I can count, but there’s always something to be gained from effort, and I took that and ran with it like I was a wide receiver gunning for the end zone at the bottom of the fourth on Superbowl Sunday. Lots of revising, rewriting, and tears between then and now, and a whole stack of friends and family at my back.

I’m a mom and wife before I’m an author, which is just as well. You can’t leave the little people behind once you’ve ascended to greatness. Remember where you came from. My kids are my two favorite people. They’re weird and hilarious. They’re at that age where they’re forming into something unique and apart from everyone else. They’re developing self. It’s probably one of the most rewarding things I’ve experienced as a parent so far, right up there with teaching them bathroom independence. A teen parent twice over, I’ve done just as much growing as they have in the last decade, and I’ve done it with the perfect partner–married 11 years and still arguing over who gets to drive the hypothetical Corvette. 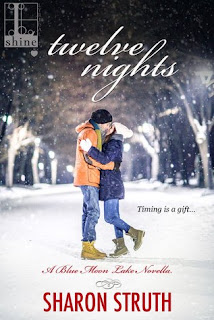 For Erik Lindholm, it’s been a long climb to the top of his company. Now, as president he has the power to bring his vision to life and speed his company in bold new directions. If that means a complete staff overhaul, so be it. If that means firing the woman who left his heart in tatters fifteen years earlier, it’s a business decision, not personal…

Beryl Foster is highly competent and respected by everyone at the office. But rumors of a big shake-up are rampant and—surprisingly, scarily—Beryl’s job as CFO is on the line. Fifteen years ago she made a decision to put her career before everything else. It was also the last time she and Erik shared a life together. Every Christmas is a reminder. This one could be a second chance…

“Struth has a gift for layering stories within stories while keeping them all connected.” — Library Journal

“Struth is an author to watch!” — Laura Drake, author of RITA-award winner The Sweet Spot

“Sharon Struth writes a good story about love and loss. She knows her characters and has a path she wants them to take.” — Eye on Romance

ORDER INFORMATION
Twelve Nights is available for order at 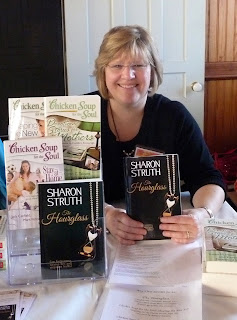 Sharon Struth writes from her home in Bethel, Connecticut where she lives with her husband and two daughters. She's a graduate of Marist College and was raised in Poughkeepsie, NY.

Sharon's next release is SHARE THE MOON (Kensington Books/Lyrical Press), Book One in the Blue Moon Lake novel series. Her debut novel, The Hourglass (Etopia Press.) is a finalist in the National Readers' Choice Awards for "BEST FIRST BOOK." She also appears in several Chicken Soup for the Soul Books, the anthology A Cup of Comfort for New Mothers, Sasee Magazine and WritersWeekly.com. Her work is represented by Blue Ridge Literary Agency (http://www.blueridgeagency.com/).