Virtual Tour & #Giveaway for Mind the Gap by Tim Richards

Welcome to my stop on the Virtual Tour, presented by Goddess Fish Promotions, for Mind the Gap by Tim Richards.  Please leave a comment or question for Tim to let him know you stopped by.  You may enter his tour wide giveaway, where Tim will award a digital copy of his book to three (3) randomly drawn commenters, by filling out the Rafflecopter form below.  You may follow all of the stops on the tour by clicking on the banner above.  The more stops you visit, the better your odds of winning. 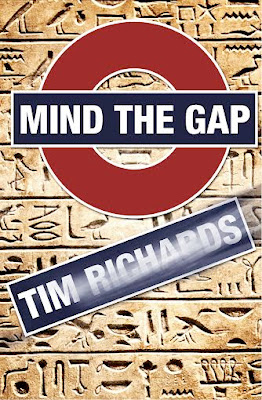 Mind the Gap
By Tim Richards

He's been threatened by a knife-wielding maniac on a London train, interrogated by a mysterious warrior woman beneath the city's streets, pursued by a military death squad in Melbourne, had his new girlfriend kidnapped and held hostage in Prague, and been captured and taken to another world.

And it's barely been three days since his life started to fall to pieces.

On top of all this, he's developed a bizarre ability that allows him to teleport in quite unusual circumstances - an ability that several deadly enemies will do anything to gain control of.

Central London was a hectic location, but it held calm places, and Regents Park was one of these oases. A swathe of green cut through the centre, punctuated here and there by lakes and paths. It was a place to feed the ducks or to take a brief lunch-hour stroll.

Madeleine Taylor had been walking in the park as usual, a golden Labrador tugging against the lead in her hands. Dalrymple was her employer’s dog, but she was fond of him. Being a live-in housekeeper was tiring work, and Dalrymple gave her an excuse to get outside for a while. Sometimes she wondered if she’d done the right thing in moving from Swindon to London, but a walk in the park usually helped to dispel these doubts.

Madeleine eyed the ducks as she walked toward a bridge leading across the water, feeling Dalrymple’s ever-enthusiastic pull. Then suddenly he stopped, and she almost fell over him as he stood stock-still, staring into the trees beyond the shallow lake.

She walked past him and tugged the lead gently to get him moving again. But Dalrymple didn’t budge.

Then Dalrymple began to growl.

Madeleine was about to speak again, then stopped as she followed his line of sight. There was a glint of metal in the trees, then an explosion of activity as three figures burst into the open and began running toward her. Each of them carried a long black cylinder strapped to one arm.

Dalrymple jumped forward with a jerk, and Madeleine felt the lead snatched from her hand. She watched in silent horror as the dog leapt at the closest figure and grabbed it by the leg. Casually, only momentarily stopping his forward motion, the figure swung the cylinder down to connect with the dog’s head. There was a flash of light and the animal crumpled to the ground.

Madeleine started screaming. And she was still screaming when a beam of light from the second stranger’s weapon struck her. As she collapsed, falling into unconsciousness, she dreamily noted the profile of a dog with a pointed snout on the gleaming black surface of the leading figure’s mask. 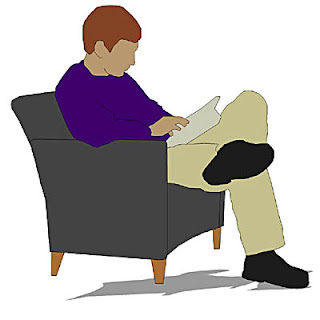 Tim Richards is a freelance travel writer based in Melbourne, Australia. His writing has appeared in numerous newspapers, magazines and websites, and in Lonely Planet's guidebooks.