Virtual Tour & #Giveaway for The Raven Room by Ana Medeiros

Welcome to my stop on the Virtual Tour, presented by Goddess Fish Promotions, for The Raven Room by Ana Medeiros.  Please leave a comment or question for Ana to let her know you stopped by.  You may enter her tour wide giveaway, where Ana will award a $50 Amazon/BN GC to one (1) randomly chosen commenter, by filling out the Rafflecopter form below.  You may follow all of the stops on her tour by clicking on the banner above.  The more stops you visit, the better your odds of winning. 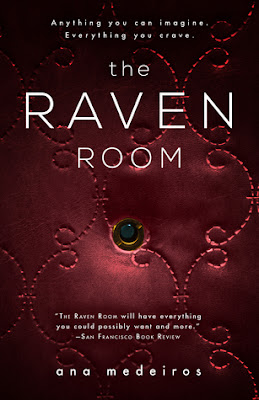 Anything you can imagine. Everything you crave. For the members of The Raven Room, it’s every fantasy fulfilled. But for some, that desire is a matter of life and death.

Drawn by needs he cannot control, Julian ventures to The Raven Room, a secret and exclusive sex club in the underbelly of Chicago. It goes beyond sex. It goes beyond kink. The Raven Room is the only place where Julian finds release from the dangerous urges that threaten to destroy the successful life he’s worked so hard to build.

When the police link the Raven Room to the death of a young woman, it threatens to expose a number of powerful people—people who would kill to stay anonymous...

Meredith’s body can’t get enough of Julian. He has opened her sexual horizons to tempting new possibilities. But out of bed she’s an aspiring journalist, and The Raven Room is the story she’s been looking for. By writing an exposé on the club and its elite clientele, she plans to launch her career.

Julian was lost in her experience. Suddenly, she lifted her eyes to him and his breath caught in his chest. He couldn’t tell what color her eyes were or the exact shade of her hair but it didn’t matter. As she continued to move with her partner, her lips were slightly parted, her hair in disarray, but those were details in the periphery of his awareness. 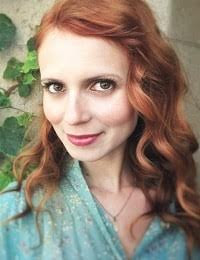 Born in the Azores islands, Portugal, Ana Medeiros has a background in Photography, Sociology and Psychology. For the last seven years she has worked in the magazine industry. She currently lives in Toronto, Canada, with her boyfriend and two cats. The Raven Room, book one of a trilogy, is Ana’s first novel and is published by Diversion Books.

a Rafflecopter giveaway
Posted by Maria D. at 12:13 AM