Welcome to my stop on the Virtual Tour, presented by Goddess Fish Promotions, for A Prince of a Guy by Eileen Dreyer.  Please leave a comment or question for Eileen to let her know you stopped by.  You may enter her tour wide giveaway, where she will award a $10 Amazon GC to one (1) randomly chosen commenters, by filling out the Rafflecopter form below.  You may follow all of the stops on Eileen’s tour by clicking on the banner above.  The more stops you visit, the better your chances of winning. When New Yorker Casey Phillips visits the tiny country of Moritania, she simply wants to see where her ancestors came from. Instead, she's mistaken for a princess.

The real princess has been kidnapped, and Crown Prince Eric von Lieberhaven insists Casey—a dead ringer for the missing royal—step into the princess's shoes until she can be freed.

As Casey upends royal tradition, Eric finds himself hoping the cheeky American never returns home. But can a secretary from Brooklyn really find happiness with a prince?

Twenty minutes later, Casey occupied a chair in the little booth at the edge of Moritania while two officers dressed like the Pope's Swiss Guards scuttled around trying to find new and different ways to make her more comfortable. She assured them that there was only so much comfort one could find at a border crossing. All she succeeded in doing was making them look more miserable. But when she asked whether the American consul was coming, or even a tow truck, all they did was exchange worried little glances.

"Soon now, my lady," the spokesman assured her, actually wringing his hands. "He promised."

Casey shrugged again, thinking that she was doing a lot of that, and crossed her legs, resettling her wide denim skirt around her legs. Not exactly climbing clothes. But then, Julie Andrews had done the Alps in a habit.

"This is real Sound of Music country," she said, not really expecting an answer by now. "Of course, you guys were probably raised on Wagner and Romberg."

"Cassandra, what on earth are you up to now?"

Casey lifted her head with a start at the sound of the new voice. Then her mouth dropped open and her brain stalled. Now how had he snuck up on her?

The guards were saluting now, and a new man stood in the doorway. Man? More like a miracle. He was breathtaking, the kind of man she was sure she had never in her life run into on the streets of Brooklyn. Clad in precisely pressed gray flannel slacks, a hunter's jacket of tweed and leather and a wool sweater over a snow-white shirt and navy blue tie, he looked more like an English lord gone to tour his estate.

Tall, maybe six feet, and slim. Athletic. Casey could imagine him on a polo pony or a yacht, the wind sweeping through his golden-brown hair. He had a face that would have made Cary Grant cry: long, with an aquiline nose, a strong chin and a well-bred brow. It was a cultured face with eyes the color of a summer sky, although right now that summer sky seemed a bit chilly. And it went with an actual English accent. In the Alps.

A most practical child, Casey had never been able to figure how Cinderella could have been swept off her feet within the space of one dance. If this guy had been the one wearing the tights, it would have made perfect sense. She was in love before she even knew his name.

He turned briefly and dispatched the guards with a gentle word. The relief on their features was palpable as they straightened and departed.

"How did you do that?" Casey asked, getting to her feet. "No matter what I did they kept checking out their toes. It's kind of unnerving after awhile, ya know?"

Her guest considered her with evident frustration. "When are you going to stop? You're not going to make them better subjects by playing games with them. And you're certainly playing havoc with my schedule."

"Thanks for the interest," Casey said, smiling dryly. "What the hell are you talking about?"

"And where in heaven's name did you pick up that atrocious accent?"

Casey was bristling now. "From my mother. She has one just like it. Listen, my car broke down and I need a tow. And I forgot my passport back at the hotel. Otherwise I wouldn't have had you paged. Are you with the American embassy?"

He straightened a little, his head tilted at an angle of inspection. "Cassandra..."

"Nobody's called me Cassandra since the nuns. Actually, they called me Mary Cassandra, but...” She blinked, taken aback. “Wait. How did you know my name?" She shook her head, the confusion mounting. "Listen, I'll tell you what. If you're not with the embassy, just call me a tow or whatever. If this is an example of Moritanian hospitality, I don't think I want to visit after all. I'd have more fun in the Bronx on a Saturday night."

Casey had more to say. Something about rudeness and insanity and lack of oxygen at high altitudes. She never quite got it out. As she was speaking, the gentleman's eyes widened with an incredulity that gave her pause. His mouth opened and he stepped up to her. When he laid a hand under her chin and lifted it, she fell mute.

His eyes caught hers and held them. His hand, graceful and strong, stilled her. With just that contact, Casey found herself suffused with a sweet hesitation she'd never known. A languid heat, as if his eyes were stealing her strength. She looked up at him and forgot what she'd been about to say and why it had been important. Hell, given a minute more and she'd forget her name and birthday.

"Bloody hell," he breathed, his gaze suddenly sharpening. His eyes swept her features, her attire, and then came back to rest on her face. "You're not like her at all, are you? Not at all."

"Casey Phillips. Who are you?"

He actually opened his mouth and closed it once before answering. "Eric von Lieberhaven."

Their voices had grown soft somehow, intimate in the little room. It was Mr. Von Lieberhaven who broke the spell first, pulling his hand away as if he'd been scalded. Casey saw him rub it against his leg in what she was sure was an uncharacteristic gesture. She wasn't sure how she knew. She just did.

"But why did they call you?" she asked when he moved far enough away that she could breathe again. "You never told me. Do you work for the American embassy? Or the English embassy?"

The smile he gave her was a bright one, rueful and wry. He had beautiful white teeth and a pattern of crow's-feet from the sun and wind that imbued his smiles with an endearing warmth. Casey smiled back without knowing why.

That fancy British accent again. Not the kind you heard on BBC. The real posh one, just a bit nasally. If he hadn't been standing right in front of her, Casey would have tried to mimic it. It was the closest she'd been to traveling to other countries before this.

What she really wanted, she realized, was to get to know Eric von Whatever better. Fat chance, from the looks of him. He looked as if he'd been afforded more in life than a flat and a high school education.

Outside the phone jangled, and one of the guards went to answer it.

Eric turned to him.

Casey gaped. "Your what?" 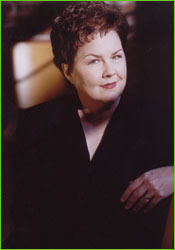 2015 sees Eileen enjoying critical acclaim for her foray into historical romance, the Drake’s Rakes series, which Eileen labels as Regency Romantic Adventure that follows a group of Regency aristocrats who are willing to sacrifice everything to keep their country safe. She is also working on her first non­fiction book, TRAVELS WITH DAVE, about a journey she's been taking with a friend's ashes.

A retired trauma nurse, Eileen lives in her native St. Louis with her husband, children, and large and noisy Irish family, of which she is the reluctant matriarch. She has animals but refuses to subject them to the limelight.