Virtual Tour & #Giveaway for Desire to Fall by Shona Husk

Welcome to my stop on the Virtual Tour, presented by Goddess Fish Promotions, for Desire to Fall by Shona Husk.  Please leave a comment or question for Shona to let her know you stopped by.  You may enter her tour wide giveaway, where Shona will award a $20 Amazon/BN GC to one (1) randomly chosen commenter, by filling out the Rafflecopter form below.  You may follow all of the stops on her tour by clicking on the banner above, the more stops you visit the better your odds of winning. 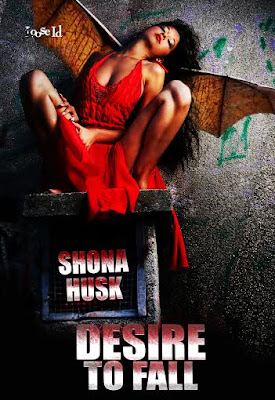 Desire to Fall
By Shona Husk

Kya Hawl is an architect on the Precinct One redevelopment, a prestigious and contentious project in the city-state of Velli. While she is happy with her part-time female lover, Judge Elmi Chadee, she wants more. She wants a family and children, for that she needs two men willing to put their life on the line to breed.

Tref Xant and his partner Dru Macon seem like the right guys; however, Tref has secrets and Dru is about to deploy to Precinct One, one of the roughest precincts in Velli--the redevelopment can’t come soon enough. Tref would like to see the place burned to the ground. But even that wouldn’t be able to erase his memories of growing up there.

With Dru away Tref finds himself falling for Kya. Jealousy sparks between the men. A triad can never form as Dru wants Elmi and she has sworn off unions after her sister ran away to join the Terrin Sect.

As riots erupt and the redevelopment is threatened Dru realizes he has to fight for what he wants--something Tref learned long time ago. A four-way union--while unusual--would work. But will the women agree when they learn of Tref’s past?

“So where is she?” Dru leaned against the bar. When he’d looked up the place, he’d known the location was a test to see how high they could get on midlevel. He was also expecting Kya to be here already, probably up above watching them. He let his gaze drift.

“Er…not sure yet. There are so many people. Do you think she comes here often?”

“No.” Dru sipped his drink. If he was meeting people for the first time, he wouldn’t be inviting them to his local. But many people weren’t as careful as him. “Maybe.” He shrugged. “Only one way to find out.”

Tref scanned the aerial bar and lowered his gaze just as quickly. “She’s wearing a pink dress, and with a dark-haired woman in a suit.”

“The two who just landed?” Dru couldn’t help the curve of his lips as Tref drew in a sharp breath. He’d never seen Tref get so flustered by a woman. It was a real pity Dru was leaving tomorrow. He’d like to watch this interaction play out a little longer.

Kya folded her wings after landing neatly in the clear drop zone from the aerial bar. Her friend followed. Where Kya was golden, like the Huntress made mortal, her friend was pale-skinned and with dark hair. As she turned, Dru sucked in a breath.

He leaned closer to Tref. “Her friend is Judge Elmi Chadee.”

Dru lowered his voice. “Judge Chadee was on that case last year. If Kya moves in those circles, you’re reaching too high.”

“With connections.” Judge Chadee probably had a rooftop suite in a private precinct. Coming here was no doubt her idea of slumming it. How did Kya know the judge? How well did she know the judge? While he’d been looking forward to meeting Kya, now he was wary.

Tref shrugged. “She agreed to a drink. Besides, if I’d stayed at my level…” He gave Dru a knowing look and then turned away.

Tref had a point, but women didn’t descend for anyone. They picked and chose, and men who wanted to risk life to be with them had to lift themselves to be noticed. But even then, because Dru didn’t have wings, he could only go so high before the fear of falling took over. And he wanted a triad, with children—something he was still trying to convince Tref was a good idea.

This was the first time Tref had done the introduction for a potential partner. Maybe the idea was becoming more appealing, and he simply needed a little more time to come around. Dru sipped his drink and watched as Elmi and Kya walked over. They touched and leaned in close to share a whispered comment—probably about Tref and him. They were obviously close, lovers since they weren’t married. Neither of the women had earrings.

Tref greeted Kya with a brief brush of the back of his hand. It was impossible not to notice the gleam of attraction in Kya’s eyes. When Tref turned to introduce him, it was mirrored in his eyes. Dru smiled even though he had the sinking feeling Tref was going to get burned by the sun for trying to fly. 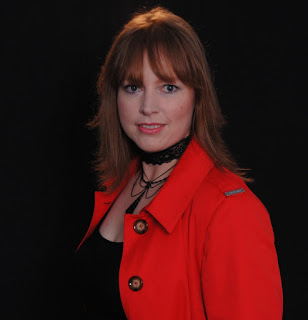 Shona Husk lives in Western Australia at the edge of the Indian Ocean. Blessed with a lively imagination she spent most of her childhood making up stories. As an adult she discovered romance novels and hasn’t looked back.

With over forty published stories, ranging from sensual to scorching, she writes contemporary, paranormal, fantasy and sci-fi romance.