Welcome to my stop on the Virtual Tour, presented by Goddess Fish Promotions, for Baksheesh by D.S. Kane.  Please leave a comment or question for D.S. to let him know you stopped by.  You may enter his tour wide giveaway, where one (1) randomly drawn commenter will be awarded ebook versions of the whole Spies Lie series (which includes Bloodridge, DeathByte, Swiftshadow, GrayNet, and Baksheesh), by filling out the Rafflecopter form below.  You may follow all of the stops on his tour by clicking on the banner above.  The more stops you visit, the better your odds of winning.

There are some good reasons why former spies write the best thrillers.

Spies know what it feels like to penetrate a hostile organization, gain their trust, and then reduce them to rubble. The first of the infamous Moscow Rules is, “Trust no one.” If you follow that rule and don’t screw up, you’re likely to survive a decade working in intelligence. Like I did. My wife never knew what I really did, well, not for over twenty years. She knows now. Yes, spying is solitary work. But, so is writing.

I worked as a covert operative for a decade, spying on banks suspected of facilitating arms purchases for their Middle Eastern clients. Some of the work was dangerous. Much of it gave me frequent adrenaline rushes. And, no, I never killed anyone. But it’s easy for me to deliver to readers that adrenaline rush.

Everyone who works in the intelligence community writes reports containing their findings. But, what do you do when you find something no one should ever know that you discovered? If you tell your handler what you know, what will they do with you? Wouldn’t it be better to just lie by omission? I think many who work in this dangerous industry would do as I did. Hence the name of my series: Spies Lie. I was already writing fiction.

When you finally leave the field, as I did after my cover got blown, what are you qualified to do? The answer for many former field operatives is, write fiction. Just don’t violate the terms of the Espionage Act of 1917. Leave out any mention of actual events or people you were involved with. So, I now translate the events I really was involved in, into total fiction, based on what I see on the evening news.

Former spies like John LeCarre, Barry Eisler, and other former operatives like Brad Thor, with firsthand knowledge of tradecraft, know enough to be the excellent thriller writers they are. Now, I am another in this group. 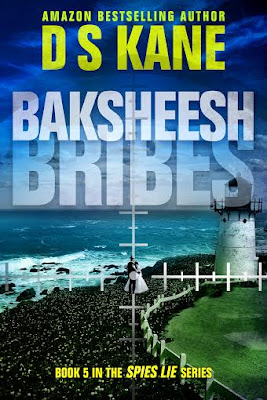 She spied for her country, blackmailed her president, and ran from more threats than she can remember. But when the love of her life proposes, covert agent Cassandra Sashakovich is finally ready to settle down. Unfortunately her past is not quite ready to let her walk away.

Old enemies—including a vengeful president—want her dead, and they’re willing to attack her loved ones, including her adopted teenage daughter, if that’s what it takes.

But Cassandra has other pressing problems—a world leader is assassinated and an arm dealer’s revenge threatens to lead to nuclear war. Now Cassandra and her security firm, Swiftshadow must defuse the threats and find a way to outmaneuver those who threaten not only her family, but her country as well.

Lee Ainsley, her boyfriend, knelt, holding up the tiny ring with its miniature diamond in his hand, offering it to her. He seemed to sense the tsunami of emotions overpowering her. Feelings mixed with logic, pointing in every direction away from what she truly wanted.

He grinned slyly, like a child who’d waited too long for Christmas. “What’s your answer? Cassandra Sashakovich, I'm hopelessly in love with you. Please marry me.”

Her eyes had popped wide open the first time he asked. Now, she tried to speak but her lips wouldn't move.

She’d shown him her heart, her only private place where thought had no currency.

She forced herself to moisten her lips through the pain, preparing to speak. The voice inside her head told her not to try and sort all of it out before she answered him.

Time to feel? Time to think?

She realized there wasn’t time to sort this out properly. Cassie tried thinking anyway, since—for her—thinking always happened before any action. She wondered what she really wanted. Of course she wanted Lee. And the voice in the back of her head stated bluntly that having Lee would be dangerous for him. She wasn’t safe. No one with her could ever be safe.

Now, what she had originally dreamed of, being wanted and loved by an intelligent, good-looking man, was about to become her dream come true. But Lee had been targeted for death because of her. Accepting his proposal would only exaggerate his peril. And, Ann, her adopted daughter would be at greater risk with both her and Lee as choke points. Furthermore, it would be so much easier for any enemies of Cassie to use her family as leverage against her. Yet, if she declined, she'd acknowledge that her enemies had succeeded in destroying her life.

Cassie sighed. It was a lose-lose situation.

Her heart leaped at the sight of the miniscule ring. Where had he bought it? When had he had time? It had to have been just before he was picked up by the FBI and taken to Guantanamo Bay; it was so small that he’d probably bought it the day after they’d left the Israeli embassy in Washington, DC.

Cassie realized, ohmigod, he’s been planning this for months.

She heard Ann tiptoe down the stairs. She saw the teen’s reflection, watching from just beyond the kitchen doors, facing Cassie’s back. Ann’s ragged hair had been dyed back to its natural mousy brown, from the purple and pink she’d colored it to disguise herself when she ran from a Saudi assassin weeks ago. Ann held Gizmo, their small, black kitten in her arms. She smiled. “Do it, mom,” she whispered. 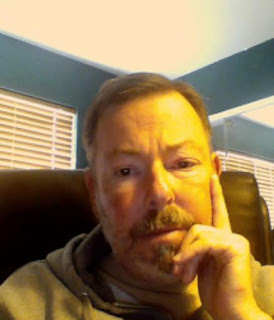 DS Kane worked in the field of covert intelligence for over a decade. During that time, his cover was his real name, and he was on the faculty of NYU's Stern Graduate School of Business. He traveled globally for clients including government and military agencies, the largest banks, and Fortune 100 corporations, and while in-country, he did side jobs for the government.
One of the banks DS Kane investigated housed the banking assets of many of the world's intelligence agencies and secret police forces, including the CIA and NSA. Much of his work product was pure but believable fiction, lies he told, and truths he concealed. Secrets that--if revealed--might have gotten him killed. When his cover got blown, he fled the field and moved 3,000 miles.

Now, DS Kane is a former spy, still writing fiction. Through his novels, he exposes the way intelligence agencies craft fiction for sale to sway their countries and manipulate their national policy, driving countries into dangerous conflicts.

To learn more about DS Kane and his books, visit www.dskane.com or join him on Facebook for book giveaways and details on espionage at https://www.facebook.com/DSKaneAFormerSpyStillTellingLies.