Cover Reveal & #Giveaway for A Duchess in Name by Amanda Weaver

Welcome to my stop on the Cover Reveal Tour, presented by Goddess Fish Promotions, for A Duchess in Name by Amanda Weaver.  Please leave a comment or question for Amanda to let her know you stopped by.  You may enter her tour wide giveaway, where Amanda will be awarding a $20 Amazon/BN GC to one (1) randomly drawn commenter, by filling out the Rafflecopter form below.  You may also follow all of the stops on her tour by clicking on the banner above.  The more stops you visit, the better your odds of winning. 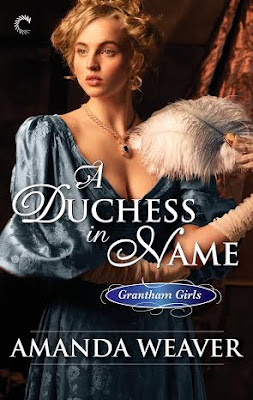 A Duchess in Name
By Amanda Weaver
The Grantham Girls, Book 1

Victoria Carson never expected love. An American heiress and graduate of Lady Grantham's finishing school, she's been groomed since birth to marry an English title--the grander the better. So when the man chosen for her, the forbidding Earl of Dunnley, seems to hate her on sight, she understands that it can't matter. Love can have no place in this arrangement.

Andrew Hargrave has little use for his title, and even less for his cold, disinterested parents. Determined to make his own way, he's devoted to his life in Italy, working as an archaeologist. Until the collapse of his family's fortune drags him back to England, to a marriage he never wanted and a woman he doesn't care to know.

Wild attraction is an unwanted complication for them both, though it forms the most fragile of bonds. Their marriage of convenience isn't so intolerable after all--but it may not be enough when the deception that bound them is finally revealed.

It was too good to be true. The heir to a duke and also unspeakably beautiful. For so long, she’d struggled to avoid thinking about the physical aspects of marriage, since for her, it might have involved Sturridge or someone equally odious. But looking at Lord Dunnley, it wasn’t at all a trial to imagine that part. Perhaps it wouldn’t be a humiliating indignity to be endured. At the moment, surprising as the thought was, she couldn’t imagine disliking anything about submitting to this man’s attentions.

Then Lord Dunnley’s fierce eyes landed on her and she couldn’t breathe. He was so handsome, and to feel his regard on her, to see those eyes looking straight at her, seeming nearly to look inside her, shook her right to her core. The power of it pooled low in her belly. She’d met her share of handsome men, but this immediate and powerful attraction was all new. All her social training fled her as her pulse beat frantically in her throat. As they stood locked in some sort of unspoken communication, she was helpless to do anything but stare at him as he stared back. 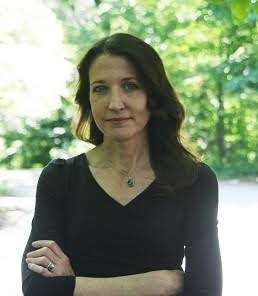 Amanda has loved romance since she read that very first Kathleen E. Woodiwiss novel at fifteen. After a long detour into a career as a costume designer in theatre, she’s found her way back to romance, this time as a writer.

A native Floridian, Amanda transplanted to New York City many years ago and now considers Brooklyn home, along with her husband, daughter, two cats, and nowhere near enough space.