Virtual Tour for Begun by Time by Morgan O'Neill

Welcome to my stop on the Virtual tour, presented by Pump Up Your Book, for Begun by Time by Morgan O’Neill.  Please leave a comment or question for Morgan to let her know you stopped by. 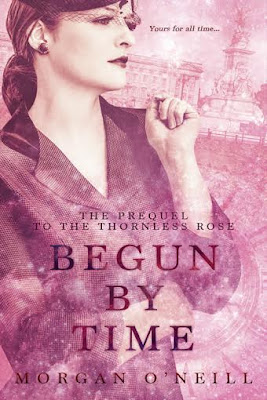 In the final days of World War II, Catherine Hastings meets the man she wants to marry. Flight surgeon Jonathan Brandon isn’t just handsome-he’s everything Catherine could hope for in her betrothed. But her dream of a happily ever after is shattered when Jonnie disappears shortly before their wedding…leaving Catherine bereft, broken-hearted, and with a lifetime of unanswered questions.

Arthur Howard is smitten with the lovely Catherine the moment he sees her. He’s certain he’s found the woman he wants to marry. Yet behind Catherine’s sparkling green eyes is a haunted look-the look of a woman who has known loss. But can he love a woman who still grieves the loss of her fiancé? Now Arthur wants answers about the man Catherine intended to marry.

ORDER INFORMATION
Begun by Time is available for order at 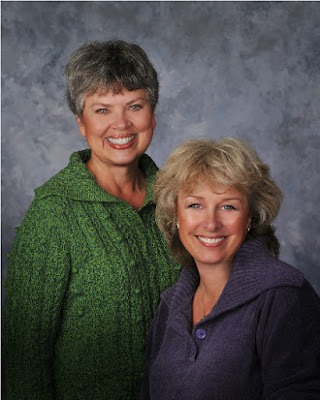 A chance meeting at a writers’ conference brought Cary Morgan Frates and Deborah O’Neill Cordes together, two award-winning authors who connected because of a mutual love of time swept fiction. Collaboration ensued, the search for a pen name the first step in their working relationship. Their maiden names provided the solution – and “Morgan O’Neill” was born.

Since that first meeting in 2002, Cary and Deborah have produced seven time travel novels together, with several others in the works. Their backgrounds are uniquely suited to writing stories steeped in atmosphere and history: Deborah has a master’s degree in history; Cary is a talented linguist in French and is currently a student of Latin. They have traveled to Europe’s ancient and medieval sites many times, with Cary living on the Continent for five years.

Deborah’s research in genealogy provided the inspiration for several of their plots; discovering she is a 32nd great-granddaughter of Queen Adelaide and King Otto sparked the creation of The Other Side of Heaven and Time Enough for Love, while finding a direct descent from King Alaric I of the Visigoths led to the story of the Roman princess Galla Placidia for their Roman time travel series. And Cary’s love for Elizabethan and Tudor England led to the creation of the Elizabethan novels. It was only after Cary and Deborah were several months into writing about Elizabethan England that Deb discovered she is related to three of King Henry VIII’s wives: Anne Boleyn, Catherine Howard and Catherine Parr. This, of course, makes her a cousin of Henry and Anne’s daughter, Queen Elizabeth I, who figures prominently as one of the main characters in the Elizabethan time travel series. Recent genealogical research also points to the possibility Cary is a distant cousin of Deb’s, making her another descendant of medieval kings and queens. Stay tuned to see if further research ascertains if Cary is also Elizabeth’s cousin!

A fascinating mix of time travel fantasy and historical romance, Begun by Time by Morgan O’Neill is the first book in the Elizabethan Time Travel Series.  Colorful characters, an interesting look at life in England during the end of World War ii and the unsolved mystery of a man’s “disappearance” kept me turning the pages to discover what would happen next.  All in all, I found this to be a very enjoyable read.

Ms. O’Neill does a good job developing her main characters, Catherine Hastings, Jonathan Brandon and Arthur Howard.  While the first half of the book dwells on Catherine and Jonathan meeting, falling in love and planning their wedding, it also introduces us to the mystery of Jonathan being touched by a force beyond his control which will change both of their lives.  When Jonathan disappears the week before they are to be wed, and Catherine is forced to move on, I found myself heartbroken for both of them.  I easily connected with Catherine as she suffers through a loss no one can explain.

When Catherine meets Arthur, a genuinely nice man who would have made any woman’s heart beat faster, I was just as torn as Catherine.  Should she leave Jonathan and his disappearance in the past and move on with her life or should she hold out hope for his return and tell Arthur she could only be friends?  Ms. O’Neill did an equally good job developing the relationship between Catherine and Arthur, and I really enjoyed getting to know Arthur, especially since Arthur wasn’t threatened by Catherine’s fond memories of Jonathan.

Will Catherine ever discover what happened to Jonathan?  Will Catherine and Arthur’s marriage survive what Catherine discovers?  And will Jonathan ever come back from where he disappeared to?  You’ll have to read Begun by Time to find out, I enjoyed it and look forward to reading The Thornless Rose, the continuation of Jonathan’s story.