Spotlight for Out of Time by Allie K. Adams 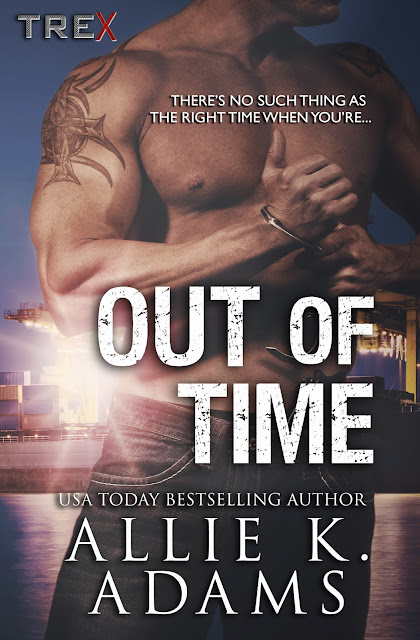 When you're out of time, you make mistakes.
When TREX Agent Chris McKoy watched his future walk away, he never expected to find her five years later on the wrong side of a deadly mission where nothing is as it seems. Instead of convincing her to turn herself in, he takes it too far and gets arrested for attempted assault. One more screw up and he's out of the agency. With nothing left to lose and everything to gain, he poses as a player in the live action role-playing community to regain her trust—under false pretenses. Desperate times call for desperate measures.
Bethany Page had no idea when she agreed to be the Timeinatrix in a LARP game she'd end up in the middle of a plot that, if successful, would net billions of dollars for the master of the game. She has one job—deliver the contents of the thumb drives collected in the game with no questions asked. When she uncovers her part in the plot and winds up with a target on her back, she turns to Chris for help. She’s in over her head, and she knows it.
Sometimes those mistakes lead you home.
Now it’s up to Chris to keep the feisty, beautiful LARPer safe as TREX tracks down the master of the game, all while fighting the passion burning between them. He’ll die before he puts her in harm’s way… And it just may come to that. 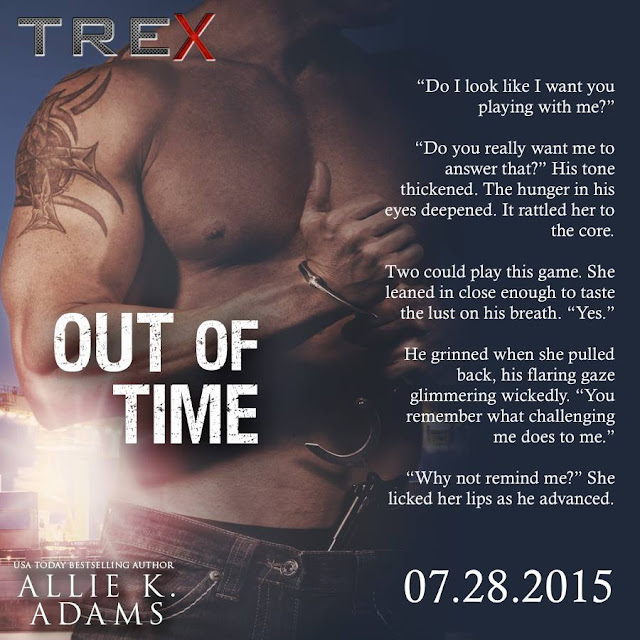 
Tagline: If it doesn't sizzle, it isn't hot enough. 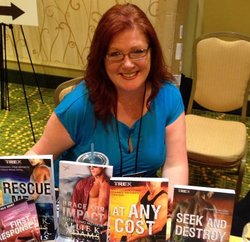 BIO: Allie K. Adams is the USA Today Bestselling author of several award-winning stories. An active member of the search and rescue, as well as previously served as a reserve deputy, Allie has firsthand experience in most of the dangers she writes about. Known for her highly intense, deeply intimate suspense and thriller romances, she can be found most days in front of her computer, saving the world one heart-racing story at a time. She grew up in Seattle and now currently lives in southwest Montana with her husband and other various wildlife. Her college-aged kids stop by when they need food or money. Or both.

She loves to hear from readers and encourages them to reach out to her through her website at www.alliekadams.com.