Welcome to my stop on the Cover Reveal Tour, presented by IndieSage Promotions, for Perfectly Aligned by Stephanie Alba.  Please leave a comment or question for Stephanie to let her know you stopped by.  You can enter her tour wide giveaway by filling out the Rafflecopter form below.

How does your mind move on from someone your soul can't seem to forget? How can your heart resist a love that never fully came to be?

Ten years. It's been ten years since Hailee saw Corwin Rogers. In person that is, because despite their lack of physical contact, Corwin's gorgeous face has plagued her dreams all this time. In its most idle hours of the night, her mind always reverts back to the image of the teenage boy she loved in secret years ago.

They were classmates for four years, forging a limited friendship within school grounds and occasional parties, but they also shared a unique bond over their struggles. Hailee never told him how she felt, and she wasn't sure if the feelings were reciprocated, but she always wondered. How could she not when he shared so much of himself with her and only her?

Seeing him a decade after their high school graduation presents the two with another fateful opportunity to be everything for one another. Hailee starts to consider that her inexplicable dreams actually mean something, and that her ties to Corwin are stronger than she ever allowed herself to believe.

But after years of separation, their chance at happiness is challenged by secrets from their time apart. When the truth emerges, colliding pasts and futures, Hailee and Corwin have to decide if they truly are perfectly aligned.

Stephanie Alba has wanted to write for as long as she can remember. Writing was always a way to express herself, as well as an escape. In August of 2014, Stephanie decided to start writing a story that she dreamed about. At first it was just something fun for her to do, a way of keeping her sanity during her first year as a stay at home mom. Over the months she couldn’t stop writing and that’s where For Both Are Infinite came along. Rhys and Ellie’s story was hard work, but it allowed her to fulfill the goal she’d always had of writing a novel.

Before becoming an indie author, Stephanie taught high school English. Now she is a stay at home mom to the happiest baby ever, a wife to an amazing husband, and a graduate school student. She also hopes to continue writing. When she’s not glued to her laptop or with a notebook in her hand, she’s swimming, running, reading or chasing her toddler.

Stephanie is currently working on her second novel, a friends to lovers story set in Washington state. It is set to release during fall 2015. She also plans on writing more of Ellie and Rhys’ story, as well as stories focusing on other characters you meet in For Both Are Infinite. 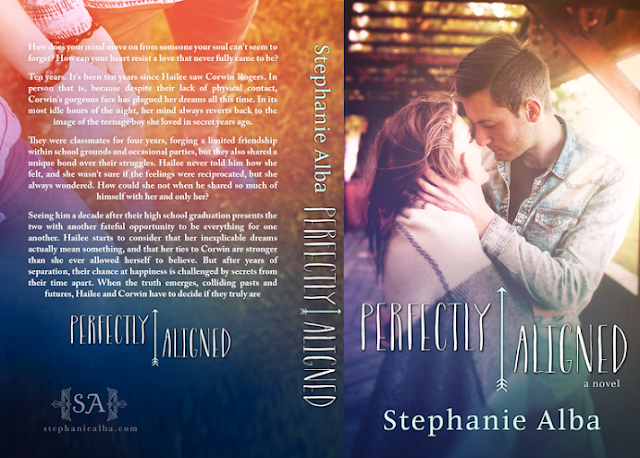