Welcome to my stop on the Virtual Book Tour, presented by Goddess Fish Promotions, for The Replacement Wife by Rowena Wiseman.  Please leave a comment or question for Rowena to let her know you stopped by.  You can enter her tour wide giveaway, where three (3) randomly drawn winners will each win one (1) eCopy of The Replacement Wife, by filling out the Rafflecopter form below.  You can follow all of the stops on her tour by clicking on the banner above.  The more stops you visit, the better your chances of winning.

Ever since The Adventures of Priscilla, Queen of the Desert my sister’s and my favourite karaoke song is Charlene’s ‘I’ve never been to me’. We belt it out, with wild hand gestures, a pelvic thrust or two, completely out of key and our audience looks at us in distress.

‘I’ve never been to me’ is narrated by a free woman of the world, giving advice to a ‘ a discontented mother and a regimented wife’. She tells her:

Hey, you know what paradise is? It's a lie
A fantasy we create about people and places as we'd like them to be
But you know what truth is?
It's that little baby you're holding, and it's that man you fought with this morning
The same one you're going to make love with tonight. That's truth, that's love

Beautiful advice. But one can imagine that this discontented mother and regimented wife is still imagining Nice and the isle of Greece, sipping champagne on a yacht and fantasising about a preacherman and a king, because the grass is always greener on the other side.

In my novel The Replacement Wife Luisa finds herself in a stale relationship. So when passionate and creative Jarvis enters her life she wants to exit stage left with him. She comes up with a plan to find a replacement wife for her husband so that she can go off quietly with Jarvis, hoping to cause the least heartbreak possible.

The problem with Luisa’s infactuation with Jarvis is that it’s mostly played out in her imagination and grass is always lushest in one’s mind. It’s like looking forward to a holiday; one imagines the tropical blue water surrounding the island, relaxing on the beach and beautiful sunsets. We don’t think about getting seasick on the boat on the way to the island, being bitten by mutant mosquitoes, soaked in torrential rain or having to navigate the stinky squat toilets – when in fact, it is the good and the not-so-good that makes up the whole holiday experience.

Luisa’s imagination is extensive; she imagines going to New York with Jarvis just to see a Mike Kelley exhibition. Anything with Jarvis seems possible, because it is not bound by reality.

If an outsider were to view Luisa’s current life, they would consider her to be very lucky. She has a husband who is passionate about his work and the environment (he’s created a rooftop garden on a city building), she has a gorgeous son, a nice house and a good career. From the outside, it looks like she has it all. The narrator in I’ve never been to me would be thinking how blessed she is. So why does Luisa feel as though she wants more?

Wanting more can be like a disease, it can eat away at a person and breed dissatisfaction. The Replacement Wife explores how going after more can scorch the grass, it dies off and all that remains is mud. 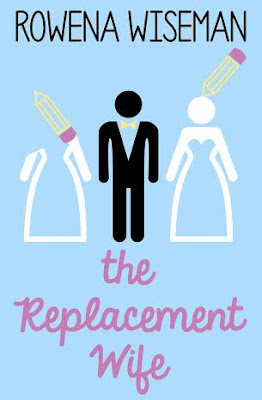 Luisa has fallen madly in love with sculptor Jarvis, so she comes up with a plan to find a new wife for her husband Luke so she can exit stage left. She wants to screen potential stepmothers for her 8-year-old son Max and has strict criteria: the woman must be a single mother; have no more than two children; she can't be authoritarian; she must be creative, nurturing and not much prettier than Luisa.


After a few carefully orchestrated meetings with different women that fail to raise a spark, Luke finally connects with a potential replacement wife. However, Luisa isn't prepared for the fact that Luke's interest in the other woman makes him a better man and a more attractive husband. After suffering for years in a half-dead marriage, Luisa starts to remember what it was about Luke that she originally fell in love with. But is it too late?

Hattie was the only person I could tell, apart from my therapist. She was going through her own crisis, having recently broken up with her fiancé, Brad, and discovered she had a thing for women instead. We were on the same page, both realising that our lives had somehow become frauds.

Even so, Hattie was shocked when I first told her that I was falling in love with another man. ‘Jarvis?!’ she said, slamming her coffee cup down on its saucer. ‘Your brother’s friend?’

I hadn’t expected I’d be able to shock her, given her own situation.

Hattie leaned forward. ‘Have you done anything about it?’

‘No, we haven’t done anything. We just got talking at Chris’s fortieth. Jarvis is a sculptor now. I said I could edit an artist’s statement he was writing for an award submission. It started off professionally, but then I guess it crossed a line. Before long we were emailing each other every day. Then he said he woke up one day drenched in feelings for me. And I told him I was feeling it, too. He says he’ll wait his whole life for me. You’ve never heard such passion.’

‘But what about Luke?’

I sighed. ‘We’re stale. It’s like every interaction we have together leaves me feeling disappointed. He hardly even notices me, and when he does it’s because we’re debating whether to order an extra green waste bin or something. I can hardly remember what it was that we liked about each other.’

‘Really? I thought you two were solid.’

I leaned back in my French bistro chair. We were sitting in Degraves Street, having seen a film in town. It was a mild autumn night, and the laneway was full of people drinking red wine or coffee under the warm glow of outdoor heaters. I was feeling uncomfortable: while I wanted to tell Hattie what was going on, I was scared of being judged.

‘And what about Max? What will this mean for him?’

Aaah, the very thing I didn’t want to talk about.

‘I’m not running out on Luke tomorrow; I’m not that heartless. And I’m not going to have a tacky love affair. In fact, I’ve got a fabulous idea. I’m going to find someone for Luke, too — a lover — and maybe she’ll turn into his new wife one day.’

‘What?’ Now Hattie was shocked. She was looking at me as though I was completely mad.

‘No, Hattie, listen . . . If Luke has an affair, he’ll be more likely to be reasonable during a divorce. He’ll be kinder to us financially, because he’ll feel like he owes us. Plus, I want some say in the type of woman who’s going to play a role in my son’s life. There are too many nutcases out there. I don’t want to leave anything to chance. Or to desperation.’

Hattie screwed up her eyes and rearranged her hair off her face. I had the feeling I wasn’t winning her over to my great idea.

‘This is what’s really bugging me. Max is a sensitive boy and he’s only eight, he’s still got his teens to go through. So if we’re going to have some blended, extended, Brady Bunch-type of family, I want to help create it. The new woman can’t have more than two children — Max will get lost in a bigger family — and she can’t be too authoritarian or a know-it-all. She has to be creative and cultured, and she mustn’t be needy or selfish and view him as competition.’

‘Wow, you have thought about this. I mean, of course you’ve thought about it — you’re an organised kind of person.’ Hattie began scooping out the remaining froth from her latte glass with a silver spoon. ‘But are you sure you can’t make it work with Luke?’

‘I’ve tried, really I’ve tried. But it’s like you having discovered a taste for women — it’s hard to go back, isn’t it?’

She thought for a moment. ‘I guess so.’

‘I can’t just switch it on again for Luke. He’s lost his shine. It’s not his fault, but he’s not Jarvis, and he never will be.’ I sat there with a lovelorn expression on my face to rival Juliet Capulet’s. ‘So, what do you think? Could my idea work?’

Her enthusiasm for my plan was underwhelming. I’d come up with it a week before, and I thought it was the most obvious thing in the world. It was hard to believe other people weren’t doing this!

‘And Jarvis says he’s going to wait for you?’ Hattie asked with a frown.

‘For as long as it takes. He says he’s my Florentino — you know, from Love in the Time of Cholera? He says he’ll wait until he’s eighty if he has to.’

Hattie sighed and put her hand to her chest. Finally it appeared as though I’d stroked a heartstring.

‘He reads García Márquez? No wonder you’ve fallen for him.’

‘He reads everything: Calvino, Carver, Dostoyevsky, Kafka, even Nietzsche. Last week he was reading the memoirs of Casanova. It’s like we’re soulmates.’

That warm feeling surged through me again, like a wave crashing over rocks, washing away my doubts. I felt sure it was going to be okay. I was moving towards my oasis, the joy that was waiting on the horizon, so close I could almost touch it.

‘You’ve got it bad,’ Hattie said light-heartedly, rising from the chair and placing a black velvet cocktail hat on her head. ‘I thought I was having a midlife crisis.’

We walked to Flinders Street Station arm-in-arm. The city was buzzing. Horses trotted down Swanston Street, wearing feathered caps — a little like one of Hattie’s creations — pulling carriages of tourists or new lovers. How I wished I was a young lover with nothing at stake. 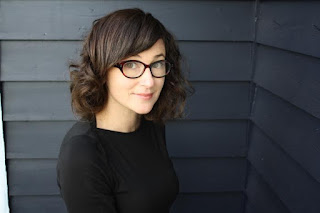 Rowena Wiseman writes contemporary fiction, young adult and children's stories. She was recently named as one of the 30 most influential writers on Wattpad.

Rowena's blog Out of Print Writing, about writing and publishing in the digital revolution, has been selected for the National Library of Australia's archive program PANDORA http://www.outofprintwriting.blogspot.com.au/.

She works in the visual arts sector and lives on the Mornington Peninsula, Victoria.