Join author Sarah Castille for her Release Blitz Party for Barely Undercover, presented by Author’s Angels, from December 2-6, 2013.  Please leave a comment or question for Sarah to let her know you stopped by.  You can enter her tour wide giveaway by filling out the Rafflecopter form below.

A shiver coursed up Lana’s spine, and she shook her head to loosen her tongue. “I’m meeting someone.”

Rex’s rough, gravelly voice deepened. “Right now, you’re meeting me.” His gaze crawled over her, unleashing a wave of cockroaches under her skin. By the time his eyes returned to her face, a cold, sticky sweat covered her body.

With all the faux bravado she could muster, she gave him a tight smile and took a step back. “And…the meeting is over. Nice to meet you. Goodbye.”

His arm shot out, grabbing her shoulder, holding her in place. “Usually when I see a cop, I get an itch in my trigger finger. I look at you and I get an itch somewhere else. Ditch the boyfriend. One night with me and you’ll forget he exists.”

An itch? She suspected it might have to do more with his extramarital affairs and visits to the Seymour Street brothels than a desire to hump and pump with a curvy redhead in a dirty cop costume. Talk about putting a girl off.

Rex smiled, all nicotine-stained teeth and ashtray breath. “Yeah. I can see it in your eyes. You know what I’m talking about.”

What did he see exactly? Fear? Disgust? Or her desperate need to find the number for the local STD clinic?

Lana gave him a vacant smile as she considered her options. Option #1: Find a boyfriend. Heart thumping, she looked around the bar for a pseudoboyfriend—someone big, strong and sufficiently threatening. No one measured up except…maybe…Master Tony? She raked her eyes over the tall, broad frame of the club’s owner, but when he turned to greet someone at the door, she gave a little sigh. He had been less than pleased the last time she’d sneaked into the club. She doubted he would help her once he discovered she’d sneaked in again.

Option #2: Run. Excellent option. Lana wrenched herself from Rex’s grasp and took a step toward the door.

Three bikers, two wearing the Hades patch, and one so young he had to be a prospect, were making their way through the crowd toward Rex. Blocking her path.

Lana’s pulse pounded in her ears. Rex was bad enough. But four bikers? It was almost like being back in the Wolverines’ clubhouse with Levi all over again.

The tallest of the three had swept back his long, dark hair and tied it at nape of his neck in a ponytail. Dark eyes, olive skin and a broad, hard body to match the strong planes of his striking face. Yum…even though he was a biker.

“Ryder.” Rex shook the hand of Mr. Deep, Dark and Delicious.
Ryder’s gaze flicked to Lana. He tilted his head to the side, giving her first a considered look, and then a sympathetic smile. He turned back to Rex. “I thought we were here for a meeting, not to pick up fender fluff.”

Lana grimaced at the backhanded compliment. She knew the slang. He thought she was pretty. Anything less and she would have been a “fender bunny” or even worse, a “mattress cover”.

Lucky her. Well, at least he hadn’t made fun of her hair. Usually men made some reference to the inferno on her head—Carrots, Ginger Snap, Big Red, Fire Bush, Rusty, Copper Top, Flame Brain, Matchstick Head or her current favorite, Red Zilla.

“You know what they say, ‘red in the head, fire in the bed’.” The second biker, a barrel-chested thick-necked bruiser with crazy dreadlocks gave her a lascivious wink and an oh-so-enticing crotch grab.

“Good one, Bones.” Rex thumped the thick-necked thug on the back. “I was thinking that myself.”

Lana rolled her eyes. Oh ha-ha-ha. So funny. As if she hadn’t heard that one before. Some day she’d meet a man who could insult her hair with some originality.

“Leave the girl alone. We’ve got a meeting to get underway.” Ryder gave her a wink and stepped to the side, clearing her path to the door.

Rex gripped Lana’s arm just as she took her first step to freedom. “You jealous, Ryder? Been a long time since you had a back warmer.”

“Maybe he’s bent.” The prospect, a blond Adonis who looked like he should be playing high school football instead of pledging to join a biker gang, gave Rex an obsequious smile and was rewarded with a slap to the head.

“You’re an idiot, Kickstand,” Rex growled. “You don’t disrespect a full-patch brother when you don’t even have the right to breathe without his permission.”

Kickstand stumbled into Lana from the force of the blow, knocking her off balance and out of Rex’s grasp. With incredible dexterity, Kickstand caught her before she fell.

“Sorry,” Kickstand murmured as he helped her balance. “I don’t usually make a habit of knocking down pretty girls just to get their attention. Every time I’m around these guys I do something wrong.”

She gave him a soft, reassuring smile, but her heart went out to him. He was trying so hard to fit in. She’d seen dozens of prospects like him during her time with Levi—young and desperate to be part of what they perceived to be the glamorous word of bikerdom. Very few were accepted and fewer still earned their patch. Kickstand would never make the cut. Too good-looking, too kind-hearted and too eager to please. What the hell was he doing with Hades?

While Rex, Bones and Ryder lamented the lack of good prospects in the biker world, Lana edged her way toward the door, only to be cut off again, this time by a late arrival.

Almost as tall as Rex and Ryder, the new biker was lean, lithe and powerful, with a narrow waist and long, hard thighs. His thick, dark hair just brushed his collar. His eyes were an unusual steel blue.

A familiar steel blue. Her heart stuttered in her chest.

No, it couldn’t be. She blinked her eyes. Once. Twice. Was it him? Two years had passed since she’d last seen Heartless Bastard. The man in front of her had the same physique, strong nose and chiseled jaw. But the James she knew had kept his hair military short and would have been appalled to sport a five o’clock shadow, much less three days’ worth of stubble over his unyielding chin. James was a cop through and through. No way would he ever join Hades.

As if sensing her perusal, he frowned. “Take off the glasses.” The velvet rasp of his deep baritone voice sent tiny quivers of need straight to her core.

Heart pounding, she took a step back and inadvertently hit Rex’s chest. “Take them off, pet,” Rex snapped. “Ice isn’t a man who asks twice.”

Ice. He had a road name, and from the mini salivating puppies on the front of his jacket, he was full patch. He was no prospect, like Kickstand, currying favor in the hopes of being allowed to join the club. He was a fully initiated member of Hades.

Swallowing hard, Lana removed her glasses and stared down at the fishnet stockings peeking out of her boots like a hundred crisscrossing lines of black gunpowder. One of the garters was still loose, leaving her even more exposed—as if that was possible—to the explosive heat of his gaze.

“Look at me,” Ice demanded. His rich, husky voice rolled through her, stirring longings she had hidden away in the darkest recesses of her memory. Heat settled at the juncture of her thighs, her nipples tightened and her mouth went dry.

Disconcerted by her body’s responses and unable to meet his gaze, she looked away.

Ice cupped her jaw and firmly turned her face toward him, pulling her away from Rex. Her gaze locked with eyes now as deep blue as the ocean. Commanding, captivating eyes. Framed by thick lashes. But it wasn’t his eyes that finally sparked her recognition; it was the aura of pure power that hit her like the painful thud of her heart when she had realized he was never coming back.

He stroked his thumb over the apple of her cheek, the gesture at once comforting and familiar. A tangled web of emotions swept through her body like a firestorm. The world fell away.

Lana swallowed hard and fought the warring urges to kiss him and slap him across the face.

For a split second, his breathing hitched and his eyes widened. He glanced over at Rex and back to her. His expression shifted from curious to considering, and she caught a gleam in his eyes. Calculating. Determined.

Now she knew better. And that kind of knowledge changed a girl. Made her immune to a Heartless Bastard’s bone-melting cheek stroking and irresistible charms.

She slapped his hand away and, boy, did it feel good.

“Roxie.” His sharp tone snapped her out of her reverie, but not as much as his warm hand clasping her own. “What the hell are you doing here, dressed like that? I almost didn’t recognize you.” 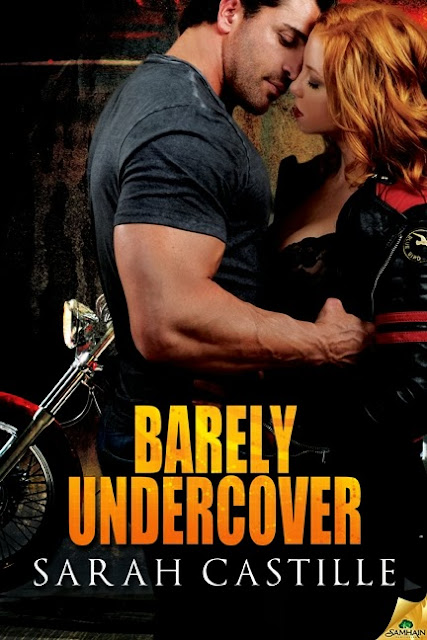 With passion at full throttle, there’s no turning back.

When private investigator Lana Parker follows a dangerous biker into an underground sex club, James Hunter is the last man she expects to see. But there he is, all dark looks and chiseled charms, ready to break her heart all over again.

Danger is the name of the game for an undercover cop. And the last thing James wants is for the fiery beauty to come anywhere near the notorious biker gang he’s trying to take down. Yet Lana has no intention of giving up her case, which means he’ll have to keep her close to keep her safe. A risky proposition—especially when their blazing sexual chemistry reignites an unforgettable passion.

But when a dark terror emerges from the past, Lana goes on the run…and James gives up everything to save her. Backed into a corner, Lana must face her fears, including the one thing that frightens her most…her overwhelming feelings for the man whose searing glance sparks her most hidden desires, the man she should not trust, but cannot resist. 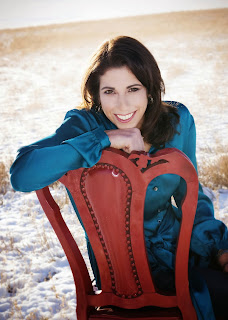 Recovering lawyer, karate practitioner, and caffeine addict, Sarah Castille worked and traveled abroad before trading her briefcase and stilettos for a handful of magic beans and a home near the Canadian Rockies. Her steamy, contemporary romantic tales feature blazingly hot alpha heroes and the women who tame them. 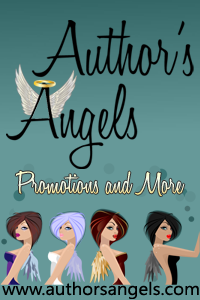