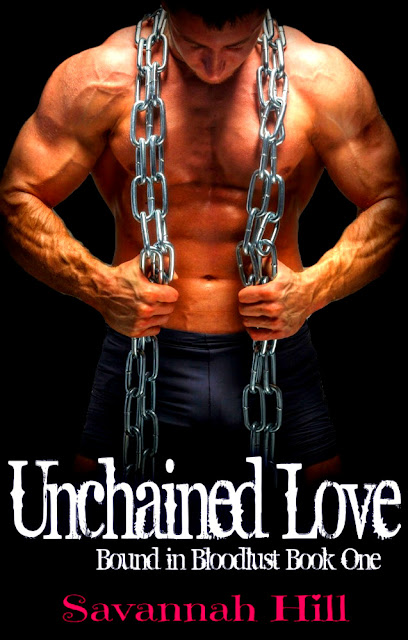 There is a hunger that blood alone cannot satisfy…

Growing up in a world of privilege, Royal Gabriel never questioned the source of her father’s great wealth or his cruel enslavement of the human-like beings known as “bloodlings.” Now grown to exquisite womanhood, she can no longer ignore Charles Gabriel’s wickedness, especially after encountering his latest captive—the alpha bloodling pack leader he calls “X”—chained in the basement of the family estate. Royal is captivated by the sensuous power of this creature who is expected to battle to the death against others of his race in her father’s underground fighting arena. But only after she sets him free—after surrendering to his poisonous bite and raw passion—does she learn the alpha’s true history, and her bloodthirsty lover’s real name: Maddox.

With bloodling venom coursing through her veins, Royal feels herself growing, changing, awakening as never before beneath the alpha’s tender touch. Now only Maddox can save her. But the inescapable demands of a breathtaking, forbidden love and the fire Maddox has ignited within her are leading Royal down a dangerous path, branding her a traitor and hunted enemy of her own vengeful bloodline. 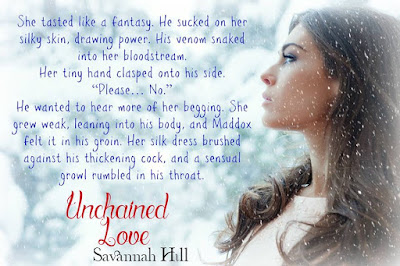 A strange, distant noise echoed in the chasm of darkness in front of her. The wine cellar stretched on into endless shadows, and she got the eerie sense she wasn’t alone. Royal snatched another bottle of wine before rushing to the staircase.

A low, doleful…was it a growl? Some kind of animalistic grumble carried from the black abyss. He sounded as if he was in pain. Was it coming from a “him” or a wounded animal? Curiosity drove her toward it. She took a deep swallow of wine, then set both bottles on the bar before wandering into the dark.

Royal brushed her long brown hair behind her shoulders and grasped her arms to ward off the chills. She followed the sound through the cold, damp cellar. As she turned a corner, a sliver of light shone in a distant room. The growling grew more distinct as she drew closer.

The space was lit by a tiny window just below the ceiling. The falling snow outside cast a white glow on the dismal scene. A man, no…he must have been a bloodling, stood in the center of the room, his muscular arms stretched upward, shackled to an iron chain that hung from a wooden beam along the ceiling. A dark shadow of hair covered his shaved head. Stripped naked, his well-built body had taken quite a beating, covered almost completely with bruises and scrapes. An intricate black tattoo stretched over his right chest muscle and shoulder, streaked with blood. His head hung forward, shielding his face.

Britton sat on his heels on the floor, his face against the restrained bloodling’s groin, lapping at his exposed genitals with loud, slurping strokes.

Britton moaned, baring his teeth and gnawing lightly on the poor creature’s testicles.

“Stop!” Royal found her voice, surprised at the authority dripping from her own tone.

Startled, Britton scurried toward her, moving to kiss her satin high heels in apology.

“No…” She took a step backward, uneasy and nauseous. “Thank you. Go, um.” Her brief venture into dominance had passed, and she attempted to regain control. “Fetch, fetch the wine for my father.”

With a strange gleam in his dark brown eyes, Britton stared at her as he crawled out of the room.

The chained bloodling hadn’t moved, his head still hung over his chest, his long lashes lowered.

Against her better judgment, Royal slowly walked toward him. The swish of her silk skirt and hollow click of her heels broke the silence in the room.

This must be X, the alpha pack leader Sebastian shot in the shoulder and captured. His dismal growls during Britton’s sexual assault pulled at her heart. He stood naked, broken, and vulnerable, not dangerous.

His heavy dick drew her gaze, larger than any she’d ever witnessed, and she imagined what it would look like erect. A vibrating growl escaped his throat, and she stopped in her tracks, inches away from him. She didn’t have a plan, only a deep urge to see his face

Tilting her head low, her gaze drifted up his beaten body to his tormented expression. His attractive features stunned her for a moment.

X lifted his lashes, his blue-green eyes piercing through her.

“Closer.” His voice was a gravelly murmur.

Her heart thumped faster. Sensations stirred in her lower belly as she moved toward him. She tried to quiet her rapid breath. His sensuous lips would be so easy to kiss, but she held herself steady.

“You’re going to torture me?” X twisted his face toward her, grazing his teeth along her neck.

“No.” She shivered at the sharp fangs, lightly dragging across her skin.

“Royal! Get away from him!”

Gwen’s scream sounded distant as the bloodling sank his teeth into Royal’s shoulder. She gasped at the sudden stabbing pain.

She tasted like a fantasy. He sucked on her silky skin, drawing power. His venom snaked into her bloodstream.

Her tiny hand clasped onto his side. “Please… No.”

He wanted to hear more of her begging. She grew weak, leaning into his body, and X felt it in his groin. Her silk dress brushed against his thickening cock, and a sensual growl rumbled in his throat.

His jagged teeth retracted, and he drew back from her, baffled by his own body’s response to her.

This girl was his captor, the enemy. She and her family used his kind as pets.

Royal held her hand over the bleeding wound on her shoulder and stumbled backward. Amber-colored eyes stared at him as if he’d betrayed her somehow. Long waves of shiny brown hair fell around her shoulders, and X was gripped with the ludicrous urge to run his fingers through the thick layers. 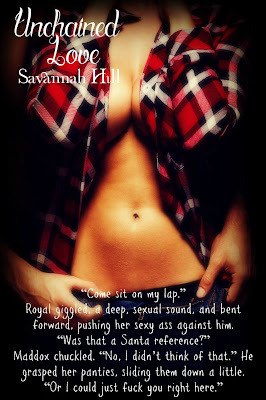 Maddox: I’m not answering that.

Royal: You mean what do I like? On a man? Uh, boxer-briefs. Or commando sounds nice too.

Are you a wine or coffee kind of person?

Royal: Depends on the occasion, I don’t drink very often. I do love coffee.

What is your perfect type when it comes to dating?

Maddox: I don’t really “date”. I own a bar, and my pack brothers take up a lot of my time, too. Not a lot of time for females.

Free and single or happily settled down?

Royal: I’d like to settle down someday, I think. I mean, if I found the right guy, yeah definitely.

Royal: I travel a lot, so I don’t get to watch movies very often. The last one I saw was Avatar. I really liked it.

What would people be surprised to find out about you?

Royal: I’ve never introduced one friend to any of my family members. My family is a little… violent. Especially my father. I usually only see them on holidays.

What is your dream vacation destination?

Maddox: My pack and I go hunting and camping in the mountains around my hometown. I like being in the woods.

Royal: Some of my favorite places are Rome and Barcelona. But I’ve been traveling for a few years now and I’d like to settle down and make a home somewhere. 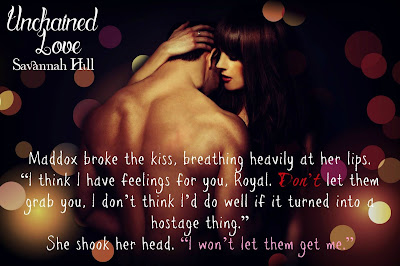 She lives in the beautiful Pacific Northwest with her man, the love of her life, and spends her days chasing their toddler boy who loves to giggle.

MoB Promos
magicofbookspromo@gmail.com
Posted by Maria D. at 12:30 AM