Release Blitz & #Giveaway for Can't Hold Back by Serena Bell

Welcome to my stop on the Release Blitz, hosted by Book Partners in Crime, for Can't Hold Back by Serena Bell.  Please leave a comment or question for Serena to let her know you stopped by.  You may enter her tour wide giveaway by filling out the Rafflecopter form below. 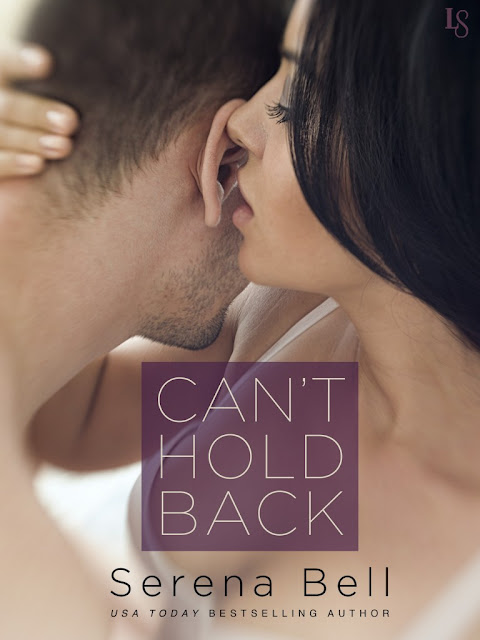 
Join the Facebook Party on Thursday, December 17 from 6:00pm - 9:00pm Eastern to help celebrate the release of Can't Hold Back!

In this tender military romance from the bestselling author of Hold on Tight—perfect for fans of of Jill Shalvis and Susan Mallery—a war-shattered veteran gets a second chance at love with the one that got away.

No girl can resist a man in uniform—especially if that man is Nate Riordan. But after an injury in the line of duty leaves Nate broken, body and soul, the soldier finds himself addicted to his pain meds, with no place to call home. Desperate for an escape, Nate reluctantly accepts a friend’s invitation to a new veterans’ retreat. Expecting a little R&R, Nate is shocked when the sight of his physical therapist opens up another old wound: heartbreak.

Years ago, Alia Drake fell hard for Nate, but never made her move. Instead, she set up her sister with the sexy, confident military man, a foolish decision that continues to haunt all three of them. Now, with Nate as her patient, she can make things right—even if it means getting too close for comfort. A healing touch and a little honesty work wonders, fueling a physical intimacy that crosses professional boundaries. This time, with desire in the air once more, Alia won’t hold anything back.

You didn’t have to be a pain-management guru to see it. It wasn’t the tapping that had hurt him. It was talking about what had happened. It was remembering.
The tender points on his body told her that his brain was overreacting to pain signals. He was feeling more pain than there was, like a mic and speakers in a terrible feedback loop. It was pretty common with trauma, particularly trauma that had both a physiological and a psychological component.
The first step was breaking the loop.
She put her hands on his shoulders.
His skin, even through his T-shirt, was much warmer than she was expecting, and the sensation surged through her fingers with a shock that she’d failed to brace herself for. That sheer, electric human connection.
If a physical therapist has natural feelings of attraction toward a patient, he/she must sublimate those feelings in order to avoid sexual exploitation of the patient.
Words to that effect had been all over her ethics textbook.
She pulled her hands away for a moment. Recalibrated her mind. Put her hands back on his skin. The sensation was less intense this time, but still there. Like the heat in his body threw a switch beneath her surface.
Sublimate.
She knew what it meant, but she really wasn’t sure how the hell one accomplished it. She’d never thought to ask.
Maybe this was a bad idea. She’d thought of it as making reparations, but it was starting to look more like making the same mistake twice.
It wasn’t like she had a lot of choices here. She had a man in pain on her table. He’d been treating his pain with an addictive painkiller. She was currently the only physical therapist on staff. A litany of facts that didn’t give a shit about her feelings, natural or unnatural.
Surely treating him—despite any stray “natural feelings of attraction”—was a lesser evil than kicking him out of her office and probably sending him back to the pill bottle. Especially since she’d already screwed up his life once because she couldn’t control her attraction to him.
A physical therapist stands in a relationship of trust to each patient and has an ethical obligation to act in the patient’s best interest and to avoid any exploitation or abuse of the patient.
Noticing that her body reacted chemically to the nearness of his wasn’t exploitation or abuse. And it was pretty clear that it was in Nate’s best interest right now to break the pain loop.
Tentatively, she sent heat into her own fingers, warmed the area over his collarbone. So much tension vibrating in him. Maybe that was all she was feeling, the live-wire coiled energy of a man who’d been wound too tight. She was used to all kinds of electricity pouring off people, the accumulated impulses that a human body stored and shed. What she’d felt a moment ago was just that, another form of strange energy. Nothing to make herself crazy over.
She felt more confident now. Right. Nate was in pain. She could help.
She pressed his shoulders gently down, trying to give his neck a little more room. She kneaded with her thumbs, urging the thick knot of muscle to let go. A firm, businesslike touch. Professional strokes.
God, his skin is smooth.
She watched as his lips, which had been pressed together, softened. Loosened, relaxed. Felt something uncoil in her own body. In her chest.
Lower.
Damn it. 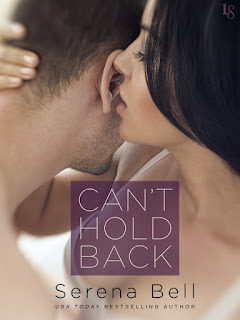 USA Today bestselling author Serena Bell writes richly emotional stories about big-hearted characters with real troubles and the people who are strong and generous enough to love them.

Her supportive husband lovingly accepts each new hobby and all the equipment it requires, and her two school-aged children provide opportunities to explore new activities like coaching basketball and remembering just how much math she's forgotten.

You can sign up for her new release updates here! http://www.serenabell.com/newsletter