Book Blast for Her Billionaire Bodyguard Bridegroom by Lisa Weaver

Welcome to my stop on the Book Blast, presented by Pump Up Your Book, for Her Billionaire Bodyguard Bridegroom by Lisa Weaver.  Please leave a comment or question for Lisa to let her know you stopped by. 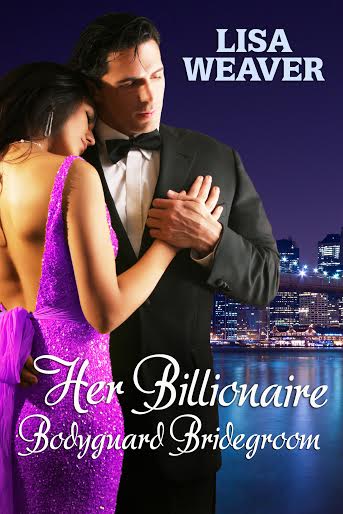 His assignment to protect her places their hearts in the line of fire...

The one and only time covert bodyguard Luke Reynolds allowed the line between duty and desire to blur, pleasure came at too high a price. Despite his vow never to become emotionally entangled again, when he discovers a lovely interloper on the grounds of his private estate he's captivated. When the woman disappears from his life as quickly as she entered it, he knows he should be relieved. So why isn't he?

As a motivational speaker, words were Brianna’s livelihood. She had never been at a loss for them. Until now. Her tongue seemed to be paralyzed. Distracted by the impossibly broad shoulders and the taut, six-pack abs currently permeating her line of vision, she somehow couldn’t pull a single cohesive sentence together.

His musky cologne, a perfect counterpoint to the scent of the pine forest surrounding them, teased her senses. The heat radiating from his water-droplet-bejeweled body drew her closer, making her forget all about her initial desire to flee.

Common sense dictated she didn’t belong in a secluded lake with a complete—if albeit sexier-than-sin—stranger. But when she made the mistake of looking into his eyes again, that common sense executed an abrupt U-turn. Her heart did a free fall from her tonsils to her toes, taking all of her good intentions right along with it.

The eyes locked on hers were heated. Hungry. She’d thought she’d been melting earlier, when she’d pitted her body against the brutal terrain on her mountain bike, but that was nothing compared to the way this man’s presence ratcheted up her body temperature. Not surprising—he was hot enough to melt an Arctic ice cap.

He extended a tanned hand. “Since we’ve established you have my permission to enjoy my lake, I think introductions are in order. I’m Luke Reynolds. And you are . . . ?”

Surely it would be polite to answer him, but she hesitated all the same. She was in the middle of a secluded forest. The man certainly didn’t look like an ax murderer, but that didn’t mean he wasn’t one. And as for her name . . . well, it had recently been splashed across every newspaper from Maine to Hawaii. As soon as she uttered it, there was little doubt he’d realize his trespasser was none other than “the Reluctant Heiress.”

Brianna cringed every time the media bandied around the moniker they’d coined for her when the truth surrounding her paternity had leaked. She’d taken this vacation to escape notoriety for a while, and she wasn’t ready to give up the blissful anonymity she’d found here.

Fortunately she bore little resemblance, now, to the picture the papers had dredged up to accompany the story. Keeping one arm wrapped firmly against her chest, she tentatively reached out to shake the stranger’s hand.

His eyes narrowed for a moment as he regarded her, and she was afraid he could see right through her lie. But then his warm fingers wrapped around hers.

“Welcome to my lake, Heather. It’s a pleasure to meet you.” 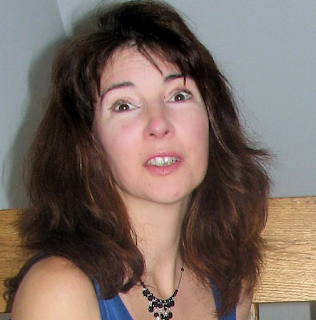 Lisa Weaver loves living in Maine, although she occasionally fantasizes about moving to a state with milder temperatures. On the upside, the long, cold winters give her plenty of time to plot her next romance.

Lisa also loves books, and can't imagine a world without the written word to enrich us, inspire us, entertain us, and touch our hearts. She's thrilled to make a small contribution to the treasure trove. She began her writing career penning articles and short stories, but it has long been her dream to write romance novels. Thanks to the Amazon Kindle Scout program, that dream is now a reality.

Lisa is the first to admit her romances aren't serious literature. She thinks of her stories as fluffy, fun, romantic romps--like decadently rich cupcakes, heavy on the frosting.

She loves to hear from readers! Please drop by and visit her anytime at her website, www.lisaweaverromance.com.  You can also keep in touch with the latest Weaver Romance happenings via her Facebook and Twitter pages.

Her latest book is the romance novel, Her Billionaire Bodyguard Bridegroom.
For More Information