Virtual Tour & #Giveaway for Up and In by Deborah Disney

Welcome to my stop on the Virtual Tour, presented by Goddess Fish Promotions, for Up and In by Deborah Disney.  Please leave a comment or question for Deborah to let her know you stopped by.  You can enter Deborah’s tour wide giveaway, where three  (3) randomly drawn commenters will each be awarded a digital copy of her book, by filling out the Rafflecopter form below.  You can follow all of the stops on Deborah’s tour by clicking on the banner above.  The more stops you visit, the better your chances of winning.

The Hazard of Keeping Up with the Joneses
By Deborah Disney

Once upon a time, (how authorly of me to start like that) social standing was determined by the family you were born into. In the modern day, social standing is often less about surnames and lineage than it is about how much – and what kind of – STUFF you have, how much money you have and just what you like to spend it on. The house, the car, the jewelery, the clothes, the holiday destinations. Consumerism is all-consuming, and the only way to tell if you are doing it ‘right’ is to measure up against how other people are … consuming.

The saying ‘Keeping up with the Joneses’ seems to date back over a hundred years, when an American comic strip of the same name detailed the exploits and acquisitions of the main characters’ unseen neighbours – the Joneses. The strong and continuing tendency of those in our society to compare their lot with others has kept the saying relevant. Enter Facebook and other forms of social media and keeping up with the Joneses can become a full-time job. There’s no getting away from the bloody Joneses with their tropical holiday snaps and Tiffany boxes on proud virtual display.

But just as we are being bombarded with well-angled photos of all the stuff we might convince ourselves we must have, many of us are realising that no matter how much we might be neck and neck with the Joneses, it doesn’t make us happy. Its joy, not stuff, that humans are craving, and although there can be a small measure of joy in stuff, stuff-joy is mostly fleeting. There is a growing realisation that comparing your life to the lives of the Joneses around you is a waste of time, energy and headspace. And this was a point I wanted to make with my novel, Up and In. Concentrate on your own life, and wringing every bit of joy out of it that you can – not by buying yourself more stuff, but by really being there, in the moment, with the ones you love. That is joy! 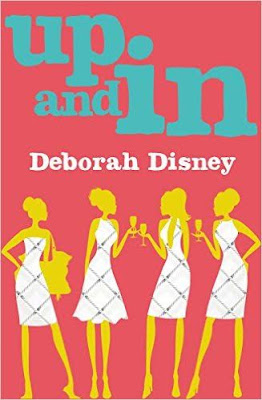 Distinctly middle-class parents, Maria and Joe have committed every bit of available income to giving their daughters Kate and Sarah the best education possible, which to them means attending the most exclusive girls school in the state. But when Kate befriends the spoilt and moody Mirabella, Maria finds herself thrust into a high society of champagne-swilling mother-istas she hasn't budgeted for. Saturday morning netball is no longer a fun mother-daughter outing, but a minefield of social politics.

While the increasingly neurotic Maria struggles to negotiate the school mum hierarchy, Joe quietly battles a midlife crisis and Kate attempts to grow up as gracefully as possible (without having her life ruined by embarrassing parents).

For every woman who has ever felt she may be wearing the wrong shoes, this is a book that will remind you - you're not alone.

Fans of Liane Moriarty and Fiona Higgins are sure to enjoy this debut offering from new Australian author, Deborah Disney.

I first encountered the phenomenon that is Bea when Kate and Mirabella started kindergarten together. Kate was coming home every afternoon with stories about Mirabella. Her rushed delivery of the events of the day was interrupted only by peals of laughter as she enthusiastically recalled Mirabella’s crazy antics. I was so happy that Kate appeared to have made a friend so quickly and I was keen to meet this little dynamo.

One morning I decided to stay in the kindy room for a while with the other mothers, instead of doing my usual drop off with a quick cuddle at the backpack rack so that I could get Sarah home for her morning nap. As we walked into the room, Kate immediately flung away my hand – which she had been holding all the way from the car – and excitedly squealed out 'Mi-ra-bel-la' as she raced off towards a tall, blonde girl dressed in Ralph Lauren from top to toe. As I glanced around the room, I noticed that Kate’s kindy clothes signalled a mother more practical than à la mode, and that although her pre-paint-stained shorts and dark-coloured top may not cause me any stress when I picked her up covered in Play-Doh in the afternoon – or as I unloaded them from the washing machine – they were certainly causing me a lot of stress right now. Every child in the room looked ready for a game of croquet. Except Kate. All of a sudden she looked like a little street urchin. Why on earth did I agree to let her do her own hair today?

‘Okay, boys and girls, let’s all say goodbye to our mummies, and let’s put our special art smocks on so we can do some finger-painting!’ announced Miss Collins. Righto then, I guess there was no need for pre-paint-stained shorts. The next day she would be mixing it with the best in her latest outfit … the latest outfit which I planned to go and buy for her as soon as I left the kindy. Sarah’s sleep could wait.

As I was leaving, I noticed a crowd of children around Mirabella – Kate was just one of many vying for her attention. And then I noticed the tall, tanned blonde who bent down to kiss the smaller version of herself, and how she too attracted a crowd of mothers as she made her way out the door.

‘Hi there,’ I ventured a little too loudly as I tried to steal her attention. ‘I’m Maria, Kate’s mum.’

The woman looked at me quizzically. Then she looked to the group of women around her. ‘Kate? Which one is Kate?’ They looked back at her, equally puzzled. Then one announced, ‘Kate is the one who wears the runners.’

‘Ohhh,’ it dawned on them all at once. Add designer kids-size-nine shoes to this morning’s shopping list.

‘Kate just can’t stop talking about Mirabella,’ I continued. ‘I was wondering if she would like to come for a play one afternoon?’

The tall, tanned blonde had still not offered her own name. ‘Yes, perhaps,’ she replied through a forced, yet dazzling, smile. ‘Mirabella does have a lot of activities in the afternoons, though.’

Hmmm, ‘perhaps’? This was going to be harder than I thought. ‘Oh, well, Kate only has swimming which is on Wednesday afternoons, so any other afternoon would be fine with us.’

‘What a shame. That is really Mirabella’s only free afternoon.’ And that was that. If it had not been for two other women chiming ‘Bye Bea’ as they climbed into their four-wheel drives, I still wouldn’t have known her name that day. 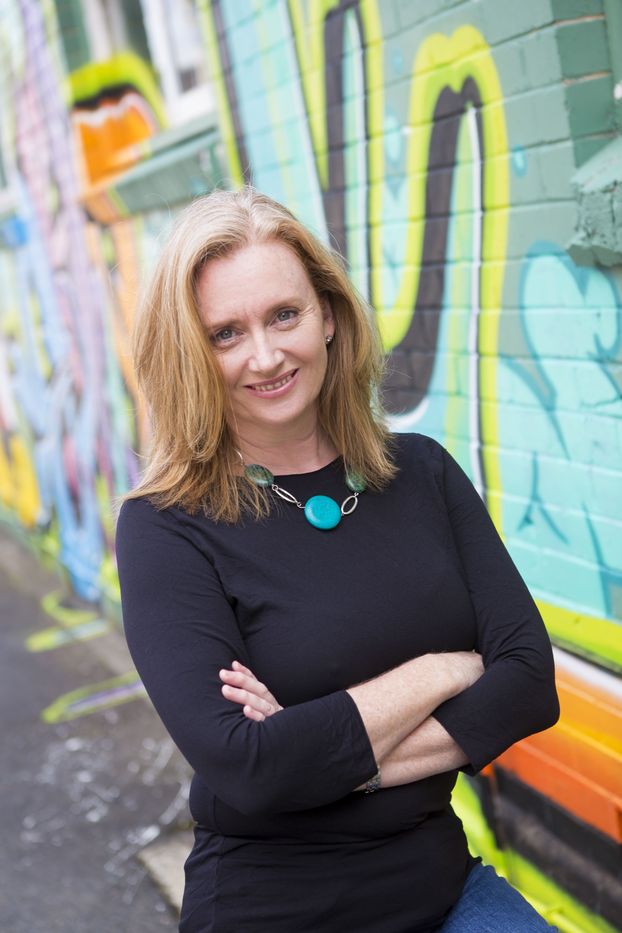 Australian author, Deborah Disney, grew up in the regional city of Toowoomba and now lives in Brisbane with her husband and two school-aged daughters. Deborah has a BA/LLB from the University of Queensland and practised as a solicitor for a number of years prior to having children. She chose to specialise in litigation law as that seemed like the best preparation for what is now her looming battle – mothering her daughters through the teenage years. Deborah's first novel, Up and In, is a satirical look at the interactions of school and sporting mums.