Welcome to my stop on the Virtual Tour, presented by Goddess Fish Promotions, for The House at Homecoming Cove by Ginny Baird.  Please leave a comment or question for Ginny to let her know you stopped by.  You can enter her tour wide giveaway, where Ginny will award one (1) randomly drawn commenter a $15 Amazon/BN GC, by filling out the Rafflecopter form below.  You can follow all of the stops on her tour by clicking on the banner above.  The more stops you visit, the better your odds of winning. 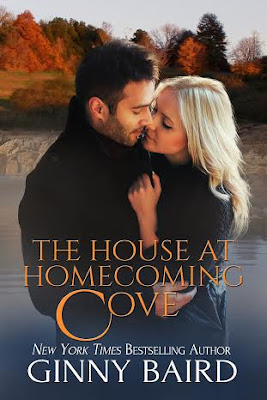 Seeking out solitude in which to work, New York City music composer Melissa Carter rents a century-old farmhouse on the Virginia Eastern Shore. There, she meets a loner with rugged good looks and smoldering gray eyes, who has long-term ties to the property. When strange things start occurring at the historic home, the handsome groundskeeper comes to her aid, but is Melissa really safer in his arms?

When Stone Thomas meets a pretty northerner with a musical gift, he's immediately drawn to her. He's also determined to protect her from the increasingly odd happenings at the fifty-acre farm where he's employed. Soon, Stone finds himself wondering whether he and beautiful Melissa might share a future. Yet the secrets of Homecoming Cove threaten to drive them apart.

Her words came out in a whisper. “Thank you for everything. For coming to my rescue, for…” She was saying goodbye, yet her chin tilted toward his and she took a step closer, her lips barely parted, inviting. She peered up at him and met his gaze with a look that was surprisingly heated, decidedly predatory. There was no mistaking it. Melissa wanted him too. That was all the encouragement Stone needed to take her in his arms and bring his mouth down on hers with a hungry desire that surpassed all expectations. Melissa gasped with delight and sighed into his kiss. Stone’s empty mug slid from her grasp and landed somewhere on the sofa. Stone pressed his eager body to hers and ran his hands up her back, threading his fingers through her hair. She was glorious, beautiful, her gaze sparking with reciprocal passion. Stone groaned and kissed her again, savoring the taste of her, delighting in the sweetness of her body molded to his, as his blood pumped harder and his heart beat like a kettledrum gone out of control.
It was more than a kiss, it was like coming home.

“Stone,” she said breathlessly. He opened his eyes to find his cheeks nestled between her palms, as she looked up at him her face flushed with longing. “I think you’d better go.”

Thunder boomed and rain slapped the window panes, while the fire hissed and moaned.

“Melissa,” Stone whispered, brushing his lips over hers. “You and me… It’s like… I don’t know.” 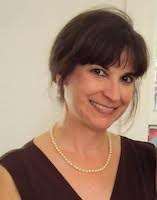 NEW YORK TIMES and USA TODAY Bestselling Author Ginny Baird has published novels in print and online and received screenplay options from Hollywood for her family and romantic comedy scripts. She writes touching, often humorous, contemporary romance about single women facing everyday challenges. Known for featuring holidays and family themes in her work, Ginny frequently portrays the struggles of single parents or others who've given up on finding true love.

Ginny has two novella series, The Holiday Brides Series (holiday romance) and The Summer Grooms Series (summer romance), as well as additional single titles available. She is a NEW YORK TIMES and USA TODAY Bestselling Author, a Top 10 Best Seller on Kindle, NOOK and iBooks, and a #1 Best Seller in several Romance and Women's Fiction categories. Visit Ginny's website www.ginnybairdromance.com to learn more about her and her books.