Welcome to my stop on the Virtual Tour, presented by Goddess Fish Promotions, for Moonstone Conspiracy by Elizabeth Ellen Carter.  Please leave a comment or question for Elizabeth to let her know you stopped by.  You can enter her tour wide giveaway, where one (1) randomly drawn commenter will win a $30 Amazon/BN GC, by filling out the Rafflecopter form below.  You can follow all of the stops on Elizabeth’s tour by clicking on the banner above.  The more stops you visit, the better your chances of winning.

Me:   What inspired you to write Moonstone Conspiracy and use Bath as the setting for the story?

Elizabeth:  First of all, thank you very much for having me as a guest on your blog!

I picked Bath after being inspired by Georgette Heyer’s Bath Tangle. After doing some reading about this fabulous location – its Roman-era baths, the Georgian architecture, the pre-eminent spa town of the 18th century it was great fun to set the first half of Moonstone Conspiracy in the city.

In addition to that, I wanted a contrast between the wealthy and decadent British upper classes and the hard and impoverished lives of Parisians suffering under the Reign of Terror exactly at the same time.

Me:  What one item on your bucket list as an author do you plan to accomplish in the beginning of 2016?

Elizabeth:  I hope to have my next full length historical romance ready to pitch to a publisher. Dark Heart is set in 3rd century AD Rome, with the Empire at the brink of its downfall. I also hope to have one, possibly two titles written for a six part series called The Crowner which is a medieval mystery with a romance arc.

Me:  If money, and time was not an obstacle, what one place and thing would you like to visit and do in 2016?

Elizabeth:  I would love to visit all the places I’ve written about – Cornwall, Bath, London, Paris and Rome. Alas that may have to wait until at least 2017. I have much needed house renovations to complete first.

Me:  You currently live in Australia, however all of your books are set overseas.  Do you ever plan to write a historical romance about your own country?  If so what time period would you choose to write about?

Elizabeth:  I would love to write a historical romance set in my state’s capital city, Brisbane.

Not a lot of people know that famous US General Douglas Macarthur was based in Brisbane during World War Two in the darkest days of the Pacific War when it was feared that Japan would invade the mainland. The last ditch fallback position was known as The Brisbane Line.

In addition to that, there was a bit of tension between the Australian and American troops who were better paid and provisioned than our boys. The relationship got so bad at one point that there was fighting in the street and shots fired which is known locally as The Battle of Brisbane.

45 miles south of Brisbane is the city I live in, called The Gold Coast, it was an R&R centre for Allied troops and some of the city’s suburbs, Palm Beach, Miami, Florida Gardens, were named for the great many US troops who rested here.

Elizabeth:  I’ve always loved historical romances. They always seem much larger than life, so much more epic than romances set in contemporary times.

The title that cemented the genre for me was one I read when I was 17 called Rose of Rapture by Rebecca Brandewyn. It was set during the War of the Roses and it is a wonderful mix of romance, family saga and genuine English history.

5 Quickie Get to Know You Questions

1.    Peanut butter, Jam or Vegemite? I love Vegemite! And I get to have it all to myself. My husband is English and he doesn’t care for it.

4.    Boots, heels or sandals? I’m fond of heels, everything from stilettos to little kitten heels.

5.    Name that cat……. I have two of them, Coco and Claude. They’re litter mates. They’ll be 3 years old in December. We got them in January 2013. We spotted their mother and three kittens on our driveway on the eve of a big cyclone. Just before the storm hit, we checked and mother cat had gone with one kitten to find shelter but had to leave two behind so Coco and Claude have been with us ever since:)

Thank you very much for such wonderful questions! 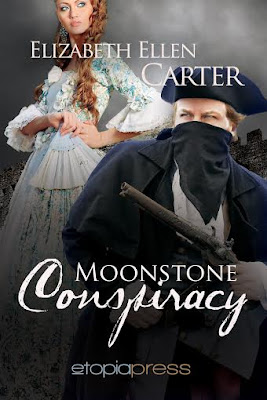 Revolution in France, rebels in England, and one woman caught in the crossfire...

For her unwitting participation in a plot to embezzle the Exchequer, Lady Abigail Houghall has spent the last two years exiled to the city of Bath. A card sharp, sometime mistress, and target of scandalous gossip by the London Beau Monde, Lady Abigail plots to escape her gilded cage as well as the prudish society that condemns her. But the times are not easy. France is in chaos. The king has been executed, and whispers of a similar revolution are stirring in England. And because of her participation in the robbery plot, the Spymaster of England is blackmailing her into passing him information about the members of London’s upper crust.

When the dashing English spy Daniel Ridgeway takes a seat at her card table and threatens to expose her for cheating, she has no choice but to do as he demands: seduce the leader of the revolutionaries and learn what she can about their plot. As she’s drawn deeper into Daniel’s dangerous world, from the seedy backstreets of London to the claustrophobic catacombs of a war-torn Paris, she realizes an even more dangerous fact. She’s falling in love with her seductive partner. And the stakes of this game might just be too high, even for her.

Daniel picked his moment carefully. He watched Sir Percy’s wife leave with another group soon after the announcement was made. And although he made no especial effort to hide, he nonetheless remained in the shadows. He pulled out a cigar and lit it on a nearby taper.

As soon as he heard the footman call for Sir Percy’s carriage, he stepped forward into the carriage and waited for Blakeney to join him.

“Send me to France, Percy,” he said as soon as the carriage jolted into motion.

“I’m not going to do that,” Blakeney replied.

“You can’t just leave Jonathan there!”

“He signed on knowing the same risks as you.”

“He has a wife and children!”

“And you seem inordinately fond of them,” Sir Percy snapped back. “You saw the list you gave me tonight. A dozen good men and women dead because of the Jacobins. I’m not prepared to risk more. Not until we know what we’re up against.”

“You took an oath when you joined the League, Ridgeway. One to command, all to obey. Bear that in mind.”

Daniel leaned forward and rested his arms on his knees and exhaled long and sharp.

He felt Percy slap him on the back.

“Just wait a week until we know the lay of the land. I haven’t studied the documents you gave me and Parliament hasn’t even prepared a response to the National Committee’s declaration of war.”

“A week is a long time, Percy,” Daniel warned.

“So is eternity, dear chap. Don’t lose your head. As you well know, those Frenchies have a devilish way of parting you from it.” 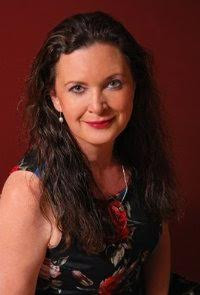 Elizabeth Ellen Carter’s debut novel, Moonstone Obsession, was published in 2013 by Etopia Press. Earlier that year, the Regency adventure romance had been shortlisted in the Romance Writers of Australia Emerald Awards for Best Unpublished Manuscript. Set in England and France during the French Revolution, it was heralded as ‘edge-of-seat adventure and intrigue’ and ‘a rollercoaster of love, blackmail, ill-gotten gains, treason and trickery’ with Carter described as ‘a writer worth keeping an eye on’ with ‘a hint of classic suspense novelist Daphne du Maurier’.

Her second novel, Warrior’s Surrender, was published by Etopia the following year. Set in Northumbria in 1077, it sets the relationship between a displaced Saxon noblewoman and a Norman baron against the turbulent backdrop of England in the years following the Norman invasion of 1066. Reviewers found the novel ‘a fast moving and passionate read’ with ‘strong characters, an intriguing plot, and plenty of action… a sexy romance to be savoured’. Readers agreed, voting Warrior’s Surrender Favourite Historical Fiction in the 2015 Readers & Writers Down Under Readers Choice Awards.

Also in 2014, the short story Moonstone Promise, spinning off from Moonstone Obsession as part of Etopia’s Valentines Heat anthology, followed the fortunes of one of the supporting characters back home to 18th century Pittsburgh in a tale of ‘second chance romance’.

Warrior’s Surrender (now in print as well as eBook) was named Favourite Historical Fiction at the 2015 Readers & Writers Down Under Readers Choice Awards in March this year.

Carter moved up to 1802 for the light-hearted romantic short story Three Ships, part of the Christmas 2014 anthology A Season To Remember, and ventures briefly into contemporary romance for the first time with her Romance Writers of Australia annual Little Gems competition placegetter, The Tin Bear, publishing in August 2015.

And another Moonstone Obsession character, the sinful Lady Abigail Houghall, features in the full length novel Moonstone Conspiracy, coming from Etopia Press in 2015.

Carter is currently working on her fourth novel, set in ancient Rome and tentatively titled Dark Heart, which will bring together the elements for which she has become known in just a few years – in-depth historical detail woven through gripping adventure and captivating romance.

The author lives in Australia with her husband and two cats. A former newspaper journalist, she ran an award-winning PR agency for 12 years.