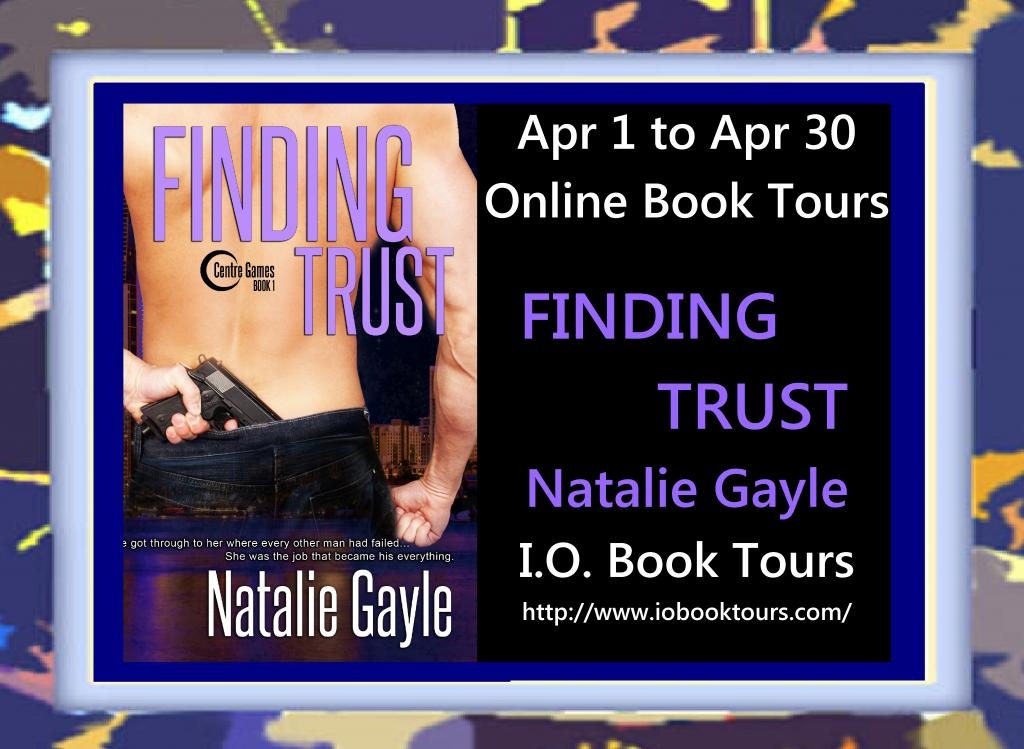 Welcome to my stop on Natalie Gayle's Online Book Tour for Finding Trust.  Please leave a comment or question for Natalie to let her know you stopped by. 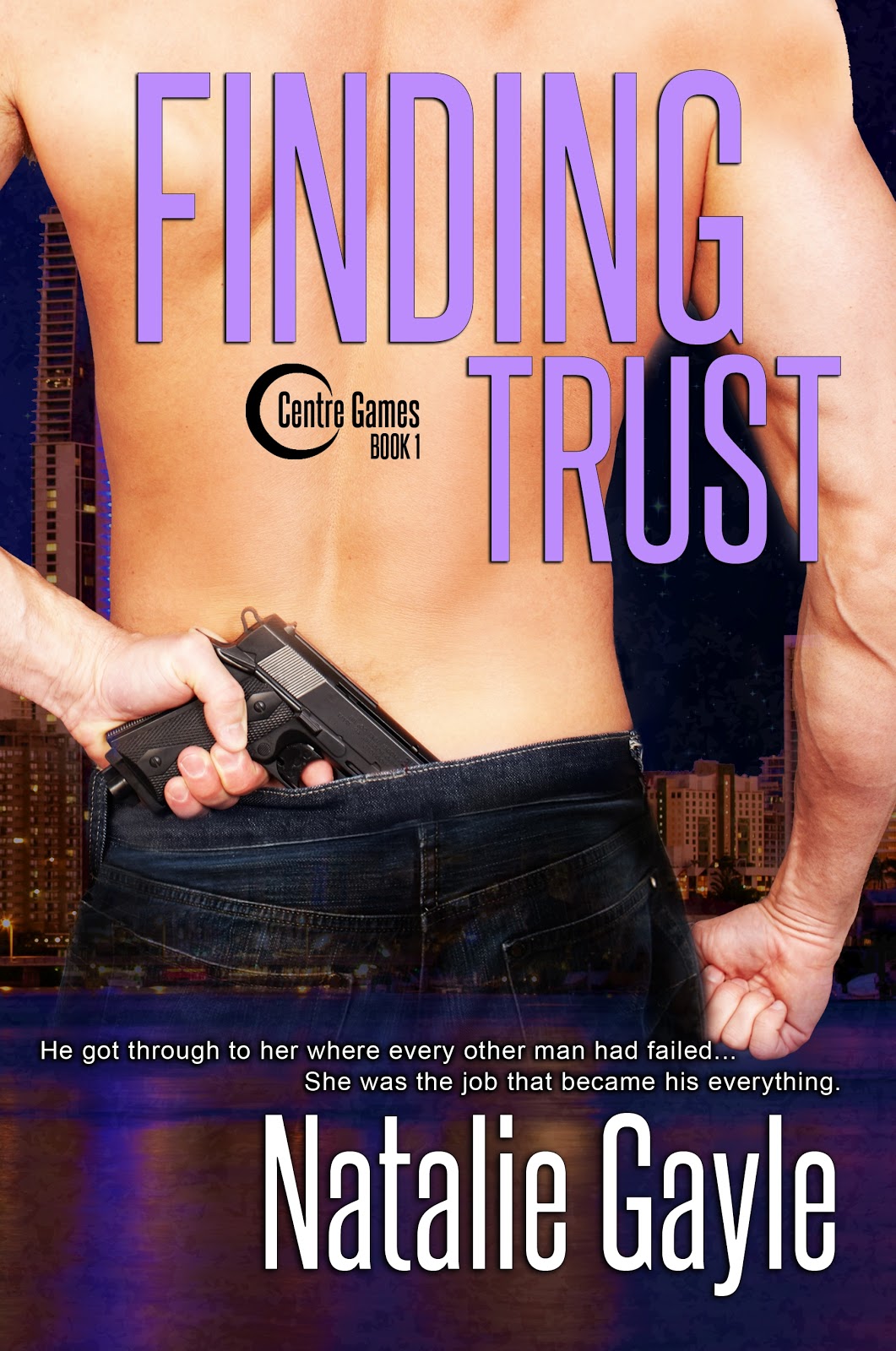 He’s hot, sexy, and leads a double life. Sometimes in the limelight, mostly in the shadows. Brayden James holds fast to a secret that’s more than his to share. She’s a singularly focused veterinarian out for a rare night of fun with friends, at a New Year’s Eve rock concert. Going home with the lead guitarist was furthest thing from Rihanna Mason’s mind when the night began.

When Rihanna inadvertently becomes the target of a deadly terrorist plot using the Hendra virus as a biological weapon, Brayden is forced to reveal his other life. His job is to keep her safe and together they must stop the terrorists before it’s too late. But what happens when she becomes more to him than just the assignment?

Will the secret he cannot disclose ultimately prove too much for Rihanna’s fragile trust in relationships? Or will he finally break through the double brick walls around her heart, where every other man has failed?

Excerpt:                Chapter Two
He continued on, changing the subject before she had too long to linger in her thoughts about the attack. “Also, I have to admit that I noticed you out there, thought you were hot, and that I would like to know you better.” Well, that was the truth. He’d just omitted a key part. He couldn’t help the fact that she was his latest assignment.
The thick dark lashes blinked slowly as she looked up at him. “You think I’m hot?”
It was a question. She knew she was okay to look at. People didn’t run screaming from her approach but “hot” just wasn’t in her vocabulary. She was a practical person and didn’t dwell on looks or too much primping. She understood the need to be properly presented but she was not obsessed about how she looked.
“Honey, any guy with a pulse would think you’re hot.”
He added a big open smile that just about had her heart jumping out of her chest. Wow! This guy was more potent than global warming!
“Want to get out of here?”
“What do you mean?” she asked suspiciously.
“What I mean is you and I get up, walk out of here, and head somewhere else. The option of that somewhere else is up to you. We can either head home to your place or we can head back to mine.”
At the suggestion, Rihanna’s heart began to race again. Her thoughts turned to hot steamy bedroom scenes at his open suggestion of heading out.
God, she was sooo tempted. 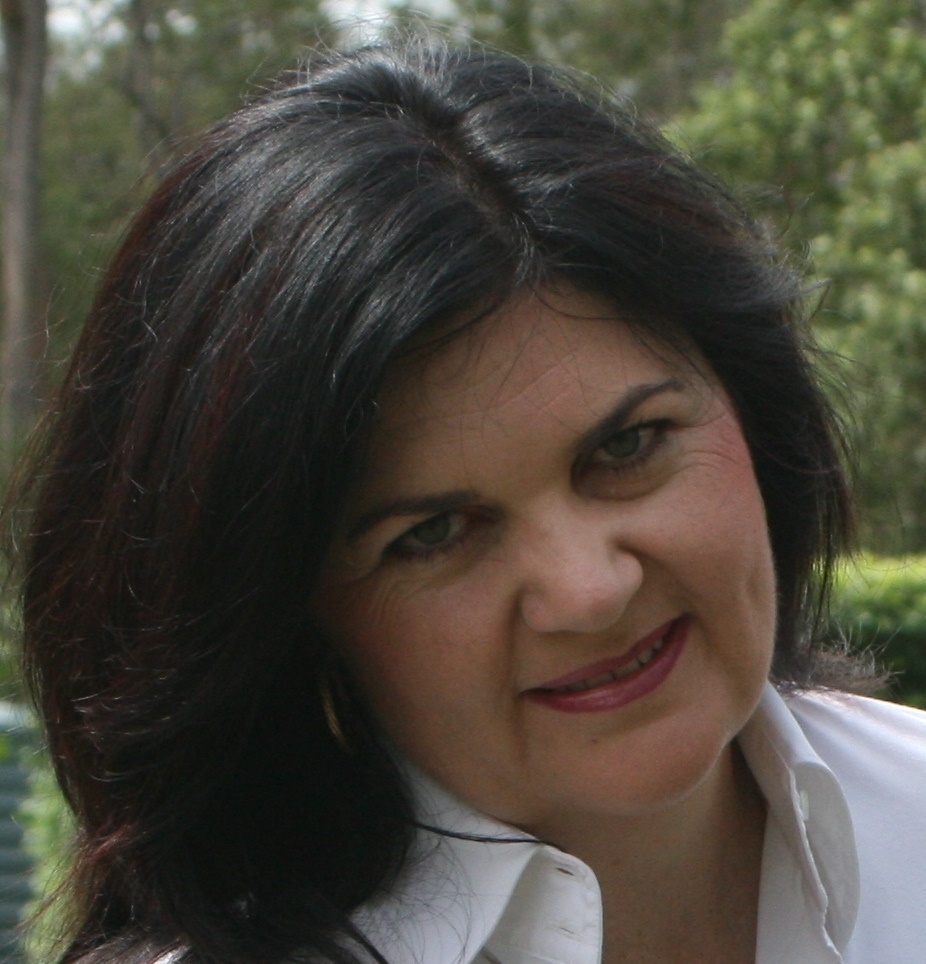 I recently discovered school vocational assessments are really interesting and probably correct! Who would have thought, hey? You see, I clearly remember taking one of those in Year 11 (for my US friends, I think that equates to junior year in high school). Anyway, semantics. Well, the results came back indicating that I should pursue a career in writing and something else. What that something else was I can’t remember but the writing thing stuck in my mind. Sure, I’d always liked English and had already developed a ravenous appetite for romance novels by the age of sixteen—but who becomes a writer straight out of school?

So to cut a long story short, I went to Uni and studied Business and ended up managing large-scale IT projects shortly after. I can’t complain: it’s been a great career. I’ve done some awesome projects and met some incredible people and I won’t be giving it up anytime soon. Anyway, I’ve messed around with a couple of “secret” novels over the years and I finally decided to get serious and finish one. Hence “Finding Trust” came about. And about twenty years later, I’ve finally proved a vocational assessment correct, because I love writing!

As to some other stuff about me: I live on the Gold Coast, Australia. I love spending time with my family and friends. When I’m not sitting behind a screen playing with IT or writing, you might find me down the beach playing in the waves on a Jet Ski or a bogey board (both are uber cool). When the weather turns a bit cooler (doesn’t really happen on the Gold Coast), we like to head for the snow. I’ve discovered I have two kids who are kamikaze skiers—they must take after their father. He’s always at me to “release the handbrake.” Apparently I’d ski so much better. I call it a healthy understanding of self-preservation and gravity! I like to think I can fit in a few workouts and martial arts classes each week. This tends to be a figment of my imagination more than reality, unfortunately. I am trying to remedy this, but those damn characters just keep demanding to have their stories told and, well, there’s always another good book to read! I hope you enjoy mine.

Please drop me a line. I’m active on Facebook, Twitter, and via email Natalie@nataliegayle.com.au. I’d love to know what you think of my books and well, let’s be truthful—I love talking about books, whether they’re mine or someone else’s. Fiction is just so much more fun than reality!!! Happy Reading Natalie Gayle
ONLINE LINKS:
· Website www.nataliegayle.com
· Blog http://www.nataliegayle.com/blog/
· Facebook http://www.facebook.com/pages/Natalie-Gayle/434198626645578?ref=hl
· Twitter @nataliegayle1
· Goodreads http://www.goodreads.com/author/show/6966640.Natalie_Gayle

Finding Trust by Natalie Gayle is a somewhat difficult book for me to describe; it's part contemporary romance, part romantic suspense, and part science fiction ...or paranormal romance, like I said it's hard to classify.  With a unique and interesting premise, Ms. Gayle sets her story in contemporary Australia, particularly the Gold Coast, her own home, to be precise.  Finding Trust, the first book in her Centre Games series, is definitely a page turner.

Fifteen years ago, twelve young adults discovered they shared unique talents and enhanced senses.  They also discovered they were part of a scientific experiment;  "created" and born via in-vitro fertilization.  Now adults, they are  drafted into working for the "Centre", the group behind their "genetic situation".  Secretly working together, their goal is to keep Australia, and the rest of the world, safe from danger.

When the "centre" discovers terrorist plans to use the "Hendra" virus against humans, Braydon James, a member of the team, is assigned to keep watch over Dr. Rhianna Mason, a veterinarian conducting research on the virus.  A part time member of the band "Steel", Braydon plans to introduce himself to her at a New Year's Eve concert she'll be attending with friends.  No one knew just how much this one assignment would end up changing both Braydon's future and the future of the team.

Smart, successful and used to being in control, Rhianna Mason plans on having fun with friends on New Year's Eve.  Fun that could include spending some time with the sexy guitarist playing with "Steel", her best friend's favorite rock band.  It doesn't include an attempted kidnapping and a cut on her foot.  Discovering terrorists are after both her and her father Peter, another well known veterinarian, because of their research on the "Hendra" virus is just the tip of the iceberg.

The scenes between Braydon and Rhianna are full of starts and stops. Determined to not be "one night stand" material, they want to get to know each other better and agree to wait to become intimate.  Unfortunately, their intention to get to know each other better, didn't last even 24 hours.  Ms. Gayle also gave them a lot of emotional problems; Braydon can't tell Rhianna, who he nicknames "Minky", anything about his "genetic" makeup or about the "Centre".  Meanwhile Rhianna suffers from self-esteem issues and wonders how someone as hot as "Braydon" could possibly be attracted to her.  Unfortunately only one of these issues is ever really resolved.

The secondary characters are made up of members of Braydon's team, Rhianna's best friend Jazz, and Rhianna's father, Peter.  While we do get some information on the villains in the story, and eventually discover one of them was someone they all knew, we don't get any of their viewpoint.  We only get things from Braydon and Rhianna's point of view.

Will Rhianna still want Braydon when she discovers his secret?  Will Braydon and the rest of the group from the "Centre" be able to keep Rhianna and her father safe while stopping the terrorists?  You'll have to read Finding Trust to find out.

FTC Disclosure:  I received a complimentary copy of the book reviewed as a part of a blog tour in exchange for a fair and honest review.