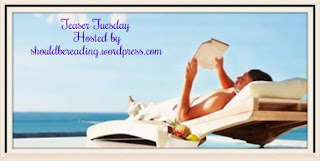 “The Chicken Coop? Aunt Adele willed me a poultry house?”
Sheriff Adam Caldwell looked down at the woman who’d recently disembarked from the stagecoach and scratched the back of his neck. “Well, not exactly, ma’am.”

A sheriff with a stone-cold reputation. An innocent madam hell-bent on disturbing his peace. Who will be the first to give in?

Rebecca Hamilton passed through life as bland as biscuits—until the day she buried her father and fled out West with a fortune in stolen jewelry. She arrives in Gardiner, Texas to find her aunt has bequeathed to her the only whorehouse in town.

With no other prospects except a proposal from a tall, dark stranger wearing a badge, Rebecca decides to embrace her vibrant aunt’s legacy and never again live under the thumb of an overbearing man.

After years of cultivating a reputation as a ruthless lawman, Adam Caldwell can’t believe he’s offered to marry the quiet, rather plain new madam. Even more perplexing is the fact she turns him down, choosing instead to become a sass-talkin’, sashay-walkin’ vision in feathers and lace.

With an innocent madam wanting him to teach her to be as wicked as she looks and rowdy townsfolk split over the scandal, the sheriff figures his cup of troubles is about full. But a man from Rebecca’s past catches up with her, and Adam has to decide just how much he’s willing to sacrifice for the woman who refuses to give up on becoming Miss Becky.

This book contains some brawlin’, some cussin’, and the kind of wanton lovin’ that brings a man to his knees.