Blog Tour & Giveaway - Drive Me To Distraction by Caitlyn Nicholas 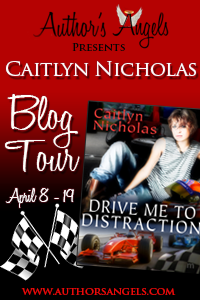 Welcome to my stop on Caitlyn Nicholas' Blog Tour for Drive Me To Distraction.  Please leave a comment or question for Caitlyn below to let her know you stopped by.  You can enter her tour wide giveaway by filling out the Rafflecopter form below. 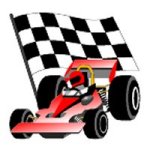 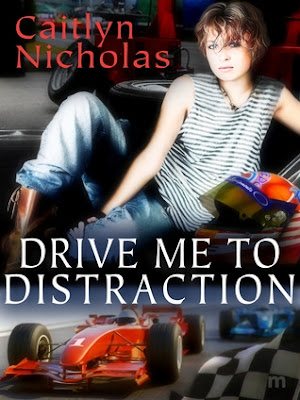 Drive Me To Distraction
by Caitlyn Nicholas

Sometimes life or death decisions are easy. Alex Radford has a choice – borrow the money to treat her mother’s rare and aggressive cancer from sleazy moneylender Hamish MacCameron. Or do nothing and watch her die.MacCameron has an agenda. He wants Alex in his bed, and he wants her to help him exact revenge on his sworn enemy, Robert Dryden. He is only too happy to lend her what she needs, but the strings attached form a tangled web from which Alex has little hope of escape. It’s not all bad. Since she was a girl Alex has had one dream: to become a Formula 1 driver and show the boys how to drive a race car. MacCameron’s money gives her a shot at fame, and in a move that scandalizes the F1 racing fraternity she becomes the new driver for Rob Dryden’s struggling F1 team, Prometheus. Alex tries to keep her distance from Rob, knowing that one day she will need to betray one of the few people who ever had faith in her. But things begin to unravel when Hamish MacCameron is murdered and she and Rob are the top suspects on the list .
EXCERPT (from Momentum's Website): 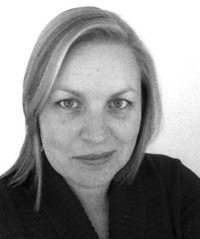 Caitlyn Nicholas' Bio:
I've always loved to read. I began pinching my Mum's Mills & Boons (from the teetering pile by her bed) at the age of fourteen, and cannot remember a time in my life when I was without a romance novel. From the classics (Northanger Abbey by Jane Austen is my alltime favourite - because it makes me laugh) to the contemporary (Crossstich by Diana Gabaldon, or anything by Janet Evanovich, or... okay let's not go there!) I love them all.
I began writing in 2005. Exhausted, pregnant (sure I was going to expire from morning-sickness) and coping with a demanding toddler, I decided the time was right to embark on a writing career. (In hindsight I may have been suffering from a scorching case of sleep-deprivation).
Still, it kinda worked out. My debut novel - and the first manuscript I'd ever written - Running Scared, was published by Samhain Publishing in January 2007. My next book, Secret Intentions by also published by Samhain in 2009. Then I had a short story published in the Mammoth Book of Special Ops Romance (MBSOR) in 2010 - my story is called The Grey Man.
In 2012 my novel Drive Me To Distraction was published with Momentum Books (Digital first imprint of Pan Macmillan Australia), and my novella The Danger Game came out with Escape Publishing.