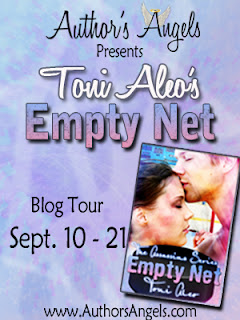 Welcome to my stop on Toni Aleo's Empty Net Virtual Blog Tour. Toni was kind enough to do a short interview below. Please make sure to leave a comment or question below for Toni as she will be awarding one (1) ebook per tour stop and a grand prize at the end of her tour. You can enter her giveaway in the form below.

Me: Hockey plays a large part of both your personal life and your writing life. Were you always a hockey fan? What attracted you to the sport?

Toni: I didn't even know what hockey was until I met my husband in middle school. He was a HUGE hockey guy. Played all the time, took me to all the Red Wings games, it started to become part of my life. Now, I am obsessed, love it more than anything!

Me: How many books are you planning in your "Assassin's series"?

Toni: Right now, I have 4 more books outlined. After that, I really dont know what I'll do. Lol.

Me: If you had to describe yourself as a shoe, what would you be?

Toni: Something crazy. Lots of glitter with spikes and a 7 inch heel! 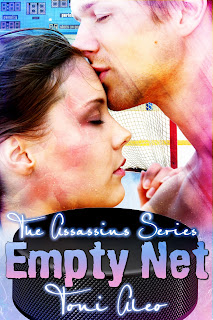 
Definition of an Empty Net: When a team pulls the goalie for an extra attacker, desperately seeking a goal.

Audrey Parker was in a horrible place.

She hated her job, her sister was getting married and moving out, but worst of all, she was in love with a total jerk. No matter what she did, every guy she met hurt her. All she wanted was her happily ever after. Her Prince Charming. Her Lucas Brooks! She didn’t know how to change her life but she knew she needed too.


Feeling like she was about to hit rock bottom, Audrey wakes up next to Tate Odder.

Tate Odder had lost everything.

After being brought up from the Assassins’ farm team, the Florida Rays to the Nashville Assassins, Tate hopes he’ll forget everything he has lost. He doesn’t. Each day gets harder to live in a place he doesn’t know. Even being the first rookie goalie to shut out an opposing team three times during the Lord Stanly Cup Finals, he still felt empty. With the loss of his parents and sister still heavy on his heart, Tate isn’t sure how to live like everything is okay.

But when he wakes up beside Audrey Parker, things start to change. She turns his life upside down with her kooky sense of humor and her bright clothing. She is intelligent and beautiful, and for once, he doesn’t feel empty.

Will Audrey be the person to fill the holes in Tate’s heart, making him whole again?

Or will another player ruin everything, leaving him feeling forever like an empty net? 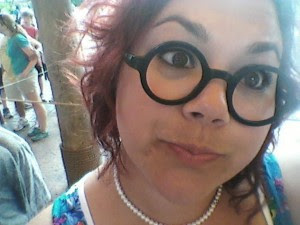 Who Is Toni Aleo?

I am a wife, mother of two and a bulldog, and also a hopeless romantic.

I have been told I have anger issues, but I think it’s cause of my intense love for hockey!


I am the biggest Shea Weber fan ever, and can be found during hockey season with my nose pressed against the Bridgestone Arena’s glass, watching my Nashville Predators play!

When my nose isn’t pressed against the glass, I enjoy going to my husband and son’s hockey games, my daughter’s dance competition, hanging with my best friends, taking pictures, scrapbooking, and reading the latest romance novel.

I have a slight Disney and Harry Potter obsession, I love things that sparkle, I love the color pink, I might have been a Disney Princess in a past life…probably Belle, and did I mention I love hockey?

I hope to hear from you on here, my Facebook, or my twitter! Thank you so much!

I debated how to start this review so I'm just going to start with how I feel about hockey, the sport.  For some reason, I'm not a huge fan of the game; I've been to the local pro-team's games and for some reason, it's never been a pleasant experience.  I also don't really like the sport on television but for some strange reason - I love, love, love, hockey romance books.  I guess it's just a personal quirk.  When I was offered the opportunity to host this tour stop and review the book, I of course jumped at the chance, even though I'd never heard of the author or read any of her previous books.  I can honestly say, I'm happy I did.

Ms. Aleo is a gifted author whose characters captured my attention from the first page.  With good dialogue, plenty of action on and off the ice, good emotional development and spicy love scenes, I'm hooked on a new to me series.

Tate Odder is a young, talented hockey player who just recently joined the Assassins team.  While he may not have the experience some of the other players have had, Tate has a colorful past which includes some heartbreak.  He has some issues but he's determined to move on and live a good life.  He never planned on falling for a fellow team member's sister-in-law but that's just what happens when he meets Audrey Parker.

Audrey Parker is unhappy with her lot in life.  She's been dating nothing but losers and now her sister, Fallon, is getting married to a professional hockey player, Lucas Brooks of the Nashville Assassins, and leaving her behind.  Audrey wants her own Happily Ever After and Prince Charming, she just doesn't think its in the cards for her.  She wasn't planning on finding it with a younger man or in waking up in his bed the day after her sister's wedding.

The scenes between Tate and Audrey are very well written, they have great chemistry but it's the emotional growth they go through as individuals and as a couple that make this story great.  The secondary characters were also well developed and contributed to my enjoyment of the story.  I didn't realize till after I started reading the story that this was the third book in the series and that some of the secondary characters were primary characters in previous books.  I plan to go back and get the previous two books to get their full back stories.

Will Audrey and Tate both get the happy ending they deserve, on and off the ice?  You'll have to read Empty Net to find out.  I really liked this hockey romance and I think you will too.