Book Blast & #Giveaway for In for the Kill by Shannon McKenna

Welcome to my stop on the Book Blast, presented by Goddess Fish Promotions, for In for the Kill by Shannon McKenna.  Please leave a comment or question for Shannon to let her know you stopped by.  You can enter her tour wide giveaway, for a $20 Amazon/B&N GC, by filling out the Rafflecopter form below.  You can also follow the rest of her tour by clicking on the tour banner above. 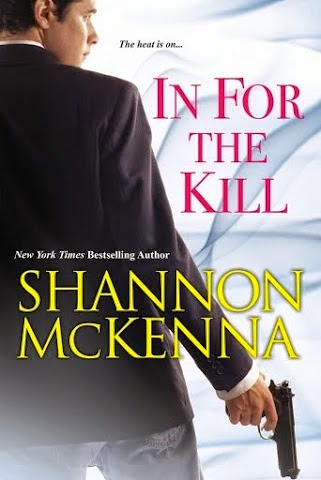 In for the Kill
By Shannon McKenna
McClouds & Friends, Book 11

Years ago, the McClouds and their friends rescued little Sveti Ardova from ruthless organ traffickers. Now she’s all grown up, and getting into some scorching trouble of her own . . .

The risks ex-cop Sam Petrie has taken have turned his life into a train wreck. So he has nothing to lose by doubling down as the elusive Svetlana Ardova’s unwanted bodyguard on her ill-advised trip to Italy. Her crusade against modern slavery has blazoned a bullseye on her chest, but when one of the death threats against her almost hits the mark, Sam’s protective instincts go into overdrive. Every lethal obstacle and trap they encounter ups the stakes—and the undeniable heat between them.

Now they’re spiraling in on a deadly and explosive secret—one that could either redeem them or destroy them … and the closer they get, the shorter the fuse …

"I watch the news, Sveti," he said patiently. "I'm a cop. I have friends. I hear things. Plus, you live-streamed, blogged and tweeted the whole thing to a hundred and twenty thousand followers."

He plowed right on past that one, there being no point. "Sneaking into that place with a live video camera on you was suicidal. You should have just passed the tip onto the police, and let them deal with it."

Her chin tilted up. "There were thirty-four trafficked Chinese nationals locked in there, slaving eighteen hours a day! I saw my chance, and took it! People have to see for themselves. It's the only thing that makes it real for them! That's what pulls in the donations!"

"You can't help anyone if you're dead," he pointed out. "But never mind that now. Just tell me about the death threats."

"It was just a letter," she said, defensive. "Hand delivered. It said they were going to kill me. That's all. Nothing came of it."

"So why aren't you guarded twenty-four seven?" he snarled.

"I was! For months! Finally I put my foot down, because it was absurd, Sam. I can't live my life like that. Don't worry! It's covered!"

Covered, his ass. But he knew a dead-end conversation when he heard one. He had lots of practice. Those were a Petrie family hobby.

Her eyes dilated. He wished he had the super-senses they said Miles had now. His heart pounded too hard to hear hers, certainly at that distance. He started to close that distance, and she skittered back a pace. It took all his willpower to stay motionless, leaving none to hold back the incredibly ill-advised question. "If you don't want to talk about death threats, then tell me about your love life."

Her mouth tightened. "I would rather not."

"Tell me about loverboy. How long have you been seeing him?"

"You mean Josh? I've known him ever since Nick rescued me from Zhoglo. He's a good friend."

"Define 'friend," he said. "Does it mean, free to fondle your ass?"

The chin tilted up a notch. "You're being invasive."

"Yeah? Would you feel invaded to learn that he's hitting on two girls on the catering staff, in between groping slow-dances with you?"

Her gaze dropped, but she did not look as startled or upset about that revelation as she ought to. "You have no right to judge."

"Wrong," he informed her. "That ten minutes in Ranieri's home office two years ago. No matter how long ago, no matter how you've ignored me since then, that ten minutes gives me the right to give a shit. Tell me about Cattrell. Are you fucking him?"

"No!" The denial popped out, vehement and breathless. 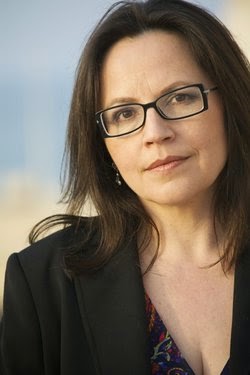 Shannon McKenna is the NYT bestselling author of over ten action packed, turbocharged romantic thrillers, among which are the stories of the wildly popular McCloud series. She loves tough and heroic alpha males, heroines with the brains and guts to match them, villains who challenge them to their utmost, adventure, scorching sensuality, and most of all, the redemptive power of true love. Since she was small she has loved abandoning herself to the magic of a good book, and her fond childhood fantasy was that writing would be just like that, but with the added benefit of being able to take credit for the story at the end.

Alas, the alchemy of writing turned out to be messier than she'd ever dreamed. But what the hell, she loves it anyway, and hopes that readers enjoy the results of her alchemical experiments. She loves to hear from her readers. Contact her at her website, http://shannonmckenna.com, or join the newsletter by signing up here: http://shannonmckenna.com/connect.php.