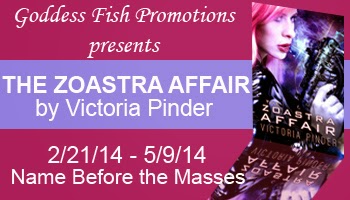 Welcome to my stop on author Victoria Pinder’s Name Before the Masses Tour for The Zoastra Affair, presented by Goddess Fish Promotions.  Please leave a comment or question for Ms. Pinder to let her know you stopped by.  You can enter the tour wide giveaway by filling out the Rafflecopter form below.  You can also follow the rest of the tour here, the more stops you visit, the better your odds of winning. 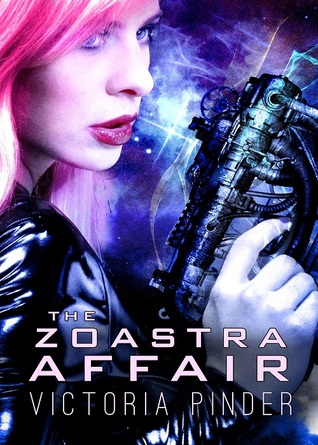 The Zoastra Affair
By Victoria Pinder

A hundred years from now, Earth has trading partners with alien beings, mostly humanoid. However, going into space brought forth an unknown enemy who attacks Earth at will.

The Zoastra is part of the Earthseekers, an organization originally designed to go into space. Its new mission is to find Earth’s enemies.
Ariel is stuck on a Victorian planet and steals Grace’s body and life to get off the planet. Grace must get her body back before Ariel bonds with Grace’s husband, Peter.

Then there is Cross, the man on a mission to find those who killed his family. Ariel is attracted to Cross, but she’s stolen someone’s life.

I’m going to have to steal someone else’s body to get out of here.

“Ariel, are you listening?”

She had no idea what happened, though she pasted a fake simpering smile of appreciation on her face. Ms. Rochelle walked away.

A few minutes later, Ariel looked out the window again, tuning out Rochelle’s mind numbing lecture on what was proper behavior when near a man. The boarding home on this planet gave the stupidest lectures of the galaxy. Her lips curled into a sneer. Women were not excited to be bound to men.

Could I do this to someone else? Do I have any other choice?

Lenchena, the teenage girl who’d stolen her adult body and taken off on Ariel’s ship, needed to be found. And Ariel refused to listen to the daily drivel about always listening to a man.

No longer on her planet, Grinocx, she did her best to understand this planet’s culture. Order made sense, but the Sheratons never made sense. Her gaze wandered to the well-manicured lawn designed for ostentatious parties. Not paying attention, Ariel’s mind still picked up a few phrases in the lecture, please a man, be agreeable, and do whatever is asked with a smile, floated in the air.

Lenchena’s voice became animated as she told them, “Ferula can be used on your future husband to ensure he finds completion even if you are too tired to perform your duties. However, with your husband, do this sparingly or else he’ll find you a lazy wife.”

Ariel blinked after that statement. Another grueling lecture on pointless marriage and sex. Blah, blah, blah. Her people, Grinders, didn’t believe in love and mating only to reproduce. Being stuck on Sheraton where the women dressed in long dresses, caring for homes with neatly cut green grass, and doing nothing more exciting than watching the pink dawns, while the men held careers in outer space, had never been her plan.

Was she really sitting in a lecture on how to please the male species? She rolled her eyes. Seriously? No, she refused to listen to this nonsense. The words ‘ladies never say no’ reverberated behind her back and made her face pucker.

Ariel schooled her features, pretending to listen to the school master, Ms. Rochelle. The woman had no heart. No one had listened to Ariel when she had cried for days and days that some young teenager had switched bodies with her, trapping her in this alien hell. Rochelle had dragged her back to school, and kept her under lock and key.

Hope became fleeting after that, while the years ticked past. For the past four years, she’d been training at the all-girls school for orphans on how to be a proper maid and housewife.

The twenty-five years of her life training to be an engineer, then serving on the starship Tygra, then the sistership Thrycer, had been stolen.

Now that this body was almost of marriageable age, Ms. Rochelle, cursed school teacher, paraded Ariel out of the orphanage to find her a match. Every week or special event needing service, Ariel had on the job training with heavy supervision, pointing out Ariel’s light pink hair and ability to be a serviceable wife to a working man. Pink hair girls are sweethearts. Yeah right. That lowlife bottom-feeding insect, Lenchena, had stolen her body and her life.

Ariel had stopped complaining years ago because it got her nowhere. She was on her own and needed to find a way out of this body and back to her ship. With the almost age of marriage upon her, it was now or never. Then Ariel was going to find that little twit who stole her body and make her pay for stranding her on this backward planet.

“In a few weeks Ariel will be leaving us. Heading toward marriage with Massimo?” Ms. Rochelle’s voice pulled her back into the lecture.

“Err . . .” Massimo, with his hovercraft, became convenient transportation to leave the school with permission, but marriage? The boy dreamed of owning a restaurant with a pretty wife. She’d find a way off the planet, when she wasn’t being observed or offered for marriage to every low level non-space going man on this planet. Time ticked fast now.

“Ariel is lucky to have found a man so interested in her beauty, he can overlook her status.”

Ariel’s mouth tightened and she lowered her head to hide her scowl. No. Massimo was a child, too. Getting her body back from the child thief, Lenchena, mattered far more. This body was now strong. Away from the ever-watchful teacher, she’d have her chance for escape at one of the upcoming diplomatic events where she’d be a maid or serve others dinner. Plus, Sheratons mated for life, something Ariel refused to believe in. But in order not to draw attention to herself, she played along. “Um, yes. I am.”

A group of male soldiers marched past the closed door of the school room. The females in the class twisted around to catch a glimpse of them. Ariel didn’t join her classmates in staring and drooling at the opposite sex.

Why did these aliens keep males and females separate until marriage? The customs of this world never ceased to amaze her. The teacher taught the virgin teenagers to expect women to fall into orgasm whenever a man’s hand grazed her body. Seriously? Had they never had sex before? In her memory, sex hadn’t been that all-encompassing.

For the past four years she’d been stuck in this body, living through alien teenage hormones. The sexually denied tightness irritated her body, and her mind longed to be back working on a single engine design. On the Thrycer, she’d run a top design engine room, winning numerous awards for ingenuity on a space ship. Then she’d joined the boarding party to Sheraton, being told the planet was a relaxing and safe tranquil spa. Lies.

If Ariel let them, these alien hormones would dull her reaction time in the girl’s leftover body that held her consciousness. She’d managed to keep slim and fit with exercise as she bided her time until she found a way to her freedom, and got her body and life back. When she finished this, she’d fix everything. She’d force the girl who stole from her to return with the borrowed body to make the final switch and right everything. 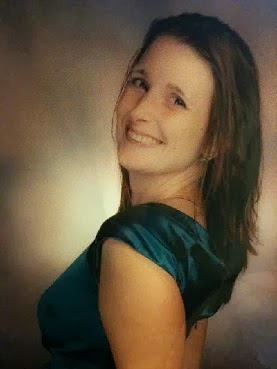 Victoria Pinder grew up in Irish Catholic Boston before moving to the Miami sun. She’s worked in engineering, after passing many tests proving how easy Math came to her. Then hating her life at the age of twenty four, she decided to go to law school. Four years later, after passing the bar and practicing very little, she realized that she hates the practice of law. She refused to one day turn 50 and realize she had nothing but her career and hours at a desk. After realizing she needed change, she became a high school teacher. Teaching is rewarding, but writing is a passion.

During all this time, she always wrote stories to entertain herself or calm down. Her parents are practical minded people demanding a job, and Victoria spent too many years living other people’s dreams, but when she sat down to see what skill she had that matched what she enjoyed doing, writing became so obvious. The middle school year book when someone wrote in it that one day she’d be a writer made sense when she turned thirty.

When she woke up to what she wanted, the dream of writing became so obvious. She dreams of writing professionally, where her barista can make her coffee and a walk on the beach, can motivate her tales. Contemporary romances are just fun to write. She’s always thinking whose getting hurt and whose story is next on the list to fall in love. Victoria’s love of writing has kept her centered and focused through her many phases, and she’s motivated to write many stories.

a Rafflecopter giveaway
Posted by Maria D. at 7:29 AM