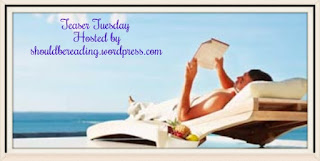 This week my TT is from Working Out by Marie Harte 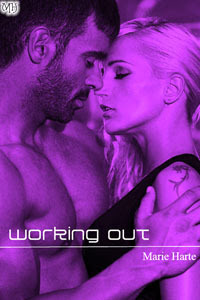 "Sorry, baby.  Want me to rub your shoulders to relax you?"  Before she could protest, he put his hands on her, the way he'd been wanting to since he'd seen her appear in the bar.

About Working Out by Marie Harte

A woman with a history of picking Mr. Wrong.

A man with a powerful kink for control.

When lust turns to love, who's really on top?

Maggie Doran is off men, having gone through a string of poor relationships. Then like clockwork, her libido fires up over her new boss--the epitome of bad choices. The man is built like a Greek god, sexy, and has a harem of eager gym groupies willing to give him anything he wants at the drop of a hat. Yet one more Mr. Wrong to add to her list.

Mac Jameson fell in lust with his newest employee the moment he laid eyes on her. Four months later he's still in no-man's land. Maggie ignores him when she's not glaring holes through him. The woman doesn't seem to realize he's in charge. Unfortunately, no other woman will do, but he's afraid if he does get Maggie in his clutches, she'll bolt when she understands he's got a powerful kink for control.

Except she doesn't bolt. She wants more. But just as Mac realizes Maggie is the woman he wants forever, she gets a shot at fulfilling a lifelong dream that might take her far away. Will she leave him when he's just found her? And did he really think she could love a guy like him? When push comes to shove, Mac only knows he's not giving up without a fight. He'll command and conquer her body, heart and soul. Because losing her isn't an option.